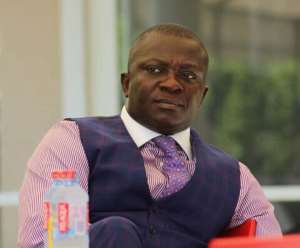 It appears that Ghana's Parliament has yet again failed society, when it mattered most. Critics insist that MPs have allowed one more piece of not-fit-for-purpose-legislation to be passed in Ghana. The deliberately-misnamed 'vigilante law' has allowed a cabal of amoral, cynical and violence-prone politicians who conspired to form a paramilitary force - under the aegis of the national security apparatus, no less - that was virtually unknown to both the military high command, and the top hierarchy of the Ghana Police Service, to get away with their very-serious-crimes against the Republic of Ghana. Amazing.

Have our see-no-evil-hear-no-evil, and say-nought-when-speaking-out-matters-most, parliamentarians, forgotten so soon, how the shocking spectacle of uniformed armed men in police vehicles, disembarking to assault innocent bystanders (in a parliamentary constituency in which voting in a by-election occasioned by the sudden death of the sitting MP, the late Hon. Kyremateng Agyarko, was actually taking place), shocked the entire world - bringing worldwide opprobrium to those who now govern our homeland Ghana? Haaba.

That viral video vividly portrayed the disgraceful events that occurred in the vicinity of the Ayawaso West Wuogon polling station, near the La Bawaleshi Presbyterian Church. And, it illustrates perfectly, how today's rogue-regime-insiders are deliberately sabotaging President Akufo-Addo, at every turn. Pity.

(And that arrogant NPP buffoon-in-chief, the semi-literate Bernard Antwi Bosioako, had the temerity to inform media professionals reporting for sections of the Ghanaian media who spoke to him; that the abominable, unspeakable and unpardonable events they were witnessing, would be repeated nationwide, in the 2020 presidential and parliamentary elections. The sod. But I digress)

It is unbelievable that Ghana's Parliament's response to the high treason, which forming a paramilitary force (consisting of members of private militias formed by ruling-party-hardliners), within the national security apparatus, represents, has been to merely pass yet more not-fit--for-purpose-legislation, which allows that high treason to persist. Unbelievable.

Alas, in the final analysis, President Akufo-Addo has been stabbed in the back, once again, by his ruling party's MPs' passage into law, of what in effect will be a piece of not-fit--for-purpose-legislation, apparently designed to prevent criminal conspiracy by landguards and their ilk, and criminalises their violent activities nationwide, but which will now make it possible for amoral, cynical and criminally-minded politicians-without-moral-compasses, of the ilk of the Bryan Acheampongs and Bernard Antwi Bosioakos, to get away with high treason. The question we must all ponder over is: Must President Akufo-Addo sack Hon. Bryan Acheampong immediately - and demand the resignations of Hon. Derry, Hon. Kan-Dapaah and Hon. Nitiwul? Unfortunately, there is no way to hide the painful truth that in this particular matter, they all let Mother Ghana down terribly. Haaba.

The author has 574 publications published on Modern Ghana.