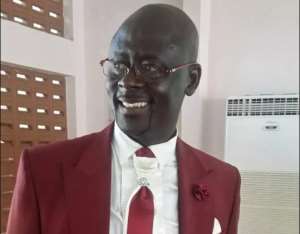 Former Acting Director of Communication for the ruling New Patriotic Party (NPP), Yaw Adomako Baafi has described former President Mahama as a hypocrite for exhibiting double standards in his assessment of the Jean Mensa-led electoral commission.

“President Mahama was speaking at a prayer ceremony at the black star square to mark the end of the month of Ramadan and said, let us give the EC the space of mind to do its work, they have done it before and indeed our electoral commission is one of the best commissions in the whole world and we have confidence in them to be able to conduct elections and so let us leave them peacefully to conduct the election.

Isn’t it surprising that the electoral commission that you believe have conducted elections for 6 times, you are coming out to now say you don’t believe in them? They are credible, allow them to do their work, God hates hypocrisy,” he said.

Adomako Baafi added that it was wrong for the former President to bastardize the Electoral Commission in such a manner all so he could manipulate the commission’s way of doing things.

“I am not holding brief for the EC and I’m not ready to speak for them but I believe or the party believes that no party has to indulge into the affairs of any institution or any civil servant who is working for the country,” he said in an interview monitored by ABC News Ghana .