Sudan general vows to back Saudi against Iran 'threats' 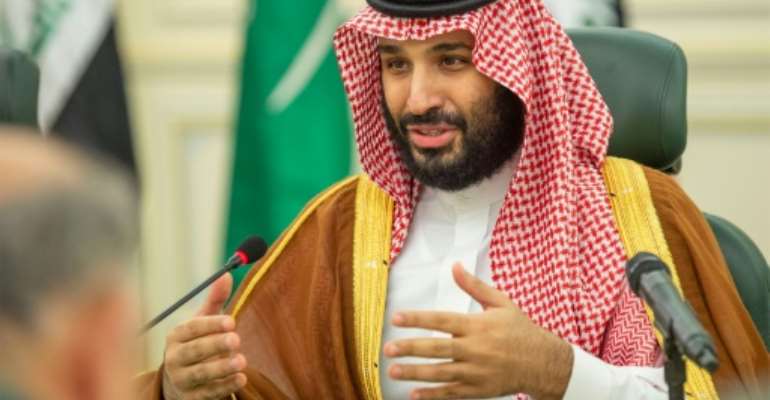 A top Sudanese general vowed to back regional ally Saudi Arabia against "all threats and attacks" from Iran during talks with the kingdom's crown prince, Sudan's military council said Friday.

"Sudan is standing with the kingdom against all threats and attacks from Iran and Huthi militias," Dagalo, widely known as Himeidti, told the crown prince during their meeting, the council said in a statement.

Himeidti also said the military council would continue deploying Sudanese troops to Yemen as part of the coalition.

Bashir deployed troops to Yemen in 2015 as part of a major foreign policy shift that saw Khartoum break its decades-old ties with Iran and switch to supporting Tehran's main regional rival Saudi Arabia.

"The Sudanese forces will remain in Yemen to defend the security of Saudi Arabia," Himeidti said, according to the statement.

Hundreds of Sudanese soldiers and officers are fighting in Yemen and have often suffered casualties, spurring calls at home for withdrawal.

Sudanese media reports claim that many of the troops deployed in Yemen are from the Rapid Support Force (RSF) paramilitary group, which is led by Himeidti and is now part of the regular army.

They said the move was aimed at shoring up the Sudanese pound.

In recent years Sudan has been hit by an acute lack of dollars, a key factor behind the nationwide protests that first erupted in December and led to Bashir's political demise.

Both Gulf nations have voiced backing for Sudan's military rulers, who face calls from protesters and Western powers to cede power to a civilian transitional government.

Protesters remain camped outside the army headquarters in central Khartoum, demanding that the generals step down.

"We will not give up any of our rights ... we do not care if he (Himeidti) follows the Saudi agenda or even the Egyptian agenda," protester Omar Ibrahim told AFP after offering Friday prayers at the sit-in.

"We only want a civilian government and if they (the generals) refuse we will go for civil disobedience and a general strike."

Talks between protest leaders and generals have stalled over forming a new ruling body that would be tasked with installing a civilian government.

The generals insist it should be led by a military officer and protest leaders demand it be headed by a civilian.

On Thursday, protest leaders said they would seek advice from demonstrators on how to break the talks deadlock.

They have also threatened a general strike, but no date for such a strike has been announced.