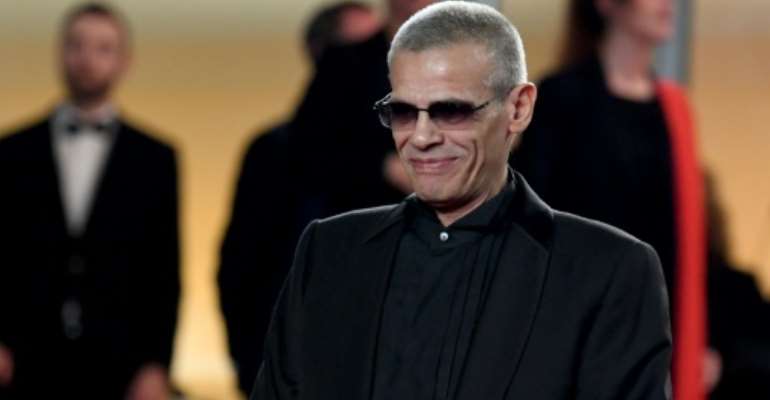 An almost unwatchable "lech fest" of a film by one of France's top directors that includes some two and a half hours of twerking and pole dancing was savaged at the Cannes film festival Friday.

The director ran out of his own gala red-carpet premiere after his young leading actress, Ophelie Bau, whose bottom occupies the screen for much of the movie, left before the end.

Kechiche picked up a microphone as the lights came up and said, "I apologise for having kept you and now I'm off."

He then laughed and hurried away from his actors and up the aisle toward the exit.

The 58-year-old director later defended "Mektoub, My Love: Intermezzo" at a testy press conference where he said it was an attempt to "create the most free cinema experience possible", praising his actors for having "fearlessly crossed boundaries" for him.

Kechiche also railed at an AFP question about the sex assault allegations levelled against him in October by a 29-year-old actress as "sick".

He said he had a "clear conscience" and that the "new morality of our time disturbs me".

Within minutes of his bizarre exit from the premiere, Kechiche's self-styled ode to "love, desire, music and the body" was getting a critical pasting.

"It is painfully retrograde and painful to watch," the Hollywood Reporter declared.

"Oral-sex intermezzo aside, this is basically 'Twerking Female Fannies: The Movie'."

"Sitting through it was its own kind of hell. If only one could unsee and unhear it," he added. 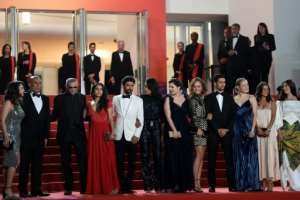 Questions have been raised whether the latest film from French-Tunisian director Abdellatif Kechiche (3rd left) will ever be released. By CHRISTOPHE SIMON (AFP)

Variety said that given the sex assault allegation against Kechiche -- which he strenuously denies -- this "bloated, petty provocation" may never be released.

Others questioned how it should have been allowed to compete for the festival's top prize, the Palme d'Or, which the Tunisian-born director won in 2013 for "Blue Is the Warmest Colour".

The stars of that lesbian love story, Lea Seydoux and Adele Exarchopoulos, later complained about Kechiche's behaviour towards them on set.

New Zealand producer Patricia Hetherington, one of many who walked out of his new movie's first Cannes screening early Friday, called the film "the most lascivious leery trash I've seen. Eurgh!

"Talk about objectification and voyeurism."

Its inclusion in a year when the festival -- once a stalking ground of disgraced Hollywood legend Harvey Weinstein -- also honoured veteran French actor Alain Delon had already stoked controversy.

#MeToo campaigners launched a petition calling for the award to be withdrawn, branding Delon a violent "misogynist".

The actor had earlier admitted to slapping women after his son revealed that he once broke eight of his mother's ribs and her nose twice.

Bau and two other actors from "Mektoub, My Love" did not attend the Cannes press conference with Kechiche refusing to comment on their absence.

But a spokeswoman for the film said later that the actress could not be there because she was making another movie.

Even some of Kechiche's biggest fans were appalled by the film, the second part of a trilogy set in his childhood home of Sete, a port and resort on France's Mediterranean coast.

David Ehrlich of the Indiewire website called it "a four-hour movie about butts. Literally 60 percent of the movie is close-ups of butts.

"I had a mild psychotic break(down) at one point," he tweeted as the curtain came down.

The New York Times wondered if "you die from twerking for too long? Was there a paramedic on set? The women's stamina is ultimately terrifying."

British critic Robbie Collin of the Daily Telegraph tweeted, "I'm a great admirer of Abdellatif Kechiche's filmography, but... there are now some big buts."

But the film also had its fans among French critics. Philippe Rouyer hailed the "actors who gave everything to play out this magisterially filmed trance."