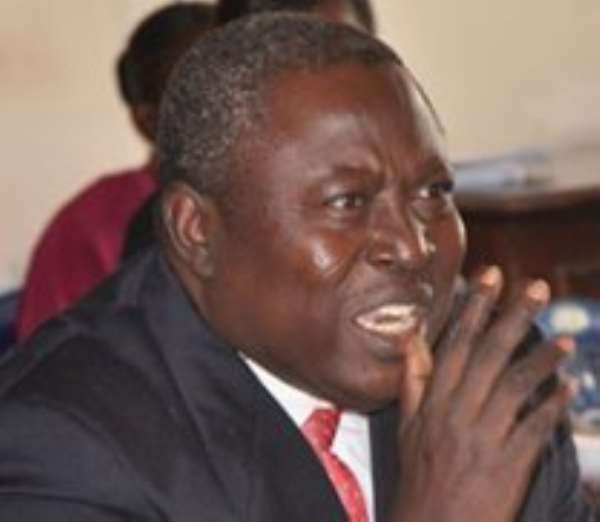 The recent developments in the Office of Special Prosecutor regarding alleged leakage of classified security information by an investigator as reported by ghanaweb is a cause for great concern and calls for proper investigations into the matter and if there is any prima facie case, appropriate criminal prosecution of the suspect be initiated immediately. Particularly that there have been very disturbing revelations about alleged corrupt practices of some staff which has raised serious credibility issues regarding the office and officers of the outfit, this action is necessary to restore public confidence in the office and to assure informants and agents of the confidentiality of information they provide to assist in investigations. The Office of Special Prosecutor, established by the Office of Special Prosecutor Act 2017 (ACT 959) is to lead and co-ordinate high-level fight against corruption and corruption-related offenses.

As a special purpose vehicle to confront the rising spate of corruption, which poses imminent threat to the peace and stability of Ghana, those engaged by the office should see it a duty to serve a high public interest office rather than engage in acts that have potential to undermine the credibility, integrity and public trust for the office.

I am in particular worried about media reports of alleged unauthorized disclosure of classified security information by a police investigator seconded to the office, one Detective Sergeant Yaa Boakyewaa and of the view that this matter should not be taken lightly, in view of the sensitive nature of the office and also the public reaction to the purported list of cases published by the office pursuant to Office of Special Prosecutor Act, 2017, (ACT 959). If indeed the alleged leaked publication which many have questioned the legality of it is established as amounting to unauthorized disclosure of official information, the suspect must be prosecuted in accordance with relevant laws relating to unauthorized disclosure of information on intelligence. If one considers the enormity of her actions as alleged, it, therefore, stands to state that the investigator is not fit to even be involved in normal police investigations let alone high-level corruption investigations that the Office of Special Prosecutor carries out.

The revelations that vetting investigation reports on the sergeant is yet to be concluded when the officer is already working there, having access to premises, offices, files, etc is a serious security breach that if allowed to continue in other sensitive organizations poses serious danger to information security.

Vetting is the process of agent/employee authentication. It seeks to test and examine the degree of reliability and truthfulness of employee in reporting or handling classified security information and intelligence. It involves painstaking background investigations to establish that the employee, when employed in that sensitive establishment, does not pose security risk. This is done prior to engagement of an employee or in the cause of the employment of the employee as this is also designed to detect and remove undesirable elements whose employment pose security risk.

At best, all employees being considered for employment undergo nominal and positive vetting processes before they are given the opportunity to work in such sensitive establishments. Nominal vetting involves criminal background checks to establish the criminal background/records of the prospective employee. This is usually done by reviewing criminal records from the Police Criminal Investigations, Courts, Prisons, Immigration among others. Positive vetting goes beyond criminal background checks as it involves painstaking, meticulous and objective intelligence investigations into almost all aspects of the prospective employee's life (hometown, family background, habits, lifestyle, education, contacts, associates, political associations, etc). The essence of this is to prevent unfit elements from gaining employment in sensitive establishments and therefore the revelations that vetting reports on the investigator is yet to be concluded when she has already been employed is very unfortunate and urgent steps must be taken to ensure this situation does not occur in any our of Security and allied agencies. Can you imagine the implications of such irresponsible and criminal conducts on public trust in assisting the security and investigation agencies with information and also damage and danger to informants and agents? In every intelligence or investigation organization, agent, informant or source protection is key to maintaining an effective intelligence and security network.

It is unfortunate that no less a person than the former president, Flt. Lt. Jerry John Rawlings and others who are confidential sources of information to the Special Prosecutor's office have to be exposed in this manner, particularly when according to the Special Prosecutor, information leaked by Sgt. Ama Boakyewaa constitute files on information and intelligence collected and are not cases decided on yet for investigations or prosecutions. As an officer of the rank of Sergeant, it is expected that high level off responsibility, integrity and high moral values are exhibited and therefore calls into question the quality of personnel recruited for such assignments.

In the not too distant future, this investigator will be in charge of district crime investigations or holding position of responsibility in units of the CID where serious investigations are being carried. Can we, as citizens be assured of the safety and security of classified information entrusted to her care including identities of informants, agents, sources, and methods?

I have always insisted that investigations and intelligence work are something that, when people are being recruited, it is done carefully so as to recruit the most suitable, dedicated and committed personnel to occupy these offices. Such leaks by indiscipline officers must not be entertained in the light of emerging threats to peace and security of Ghana.

The Bureau of National Investigation, which is the principal vetting agency charged with the responsibility of conducting vetting and background investigations into prospective employees into the public service (military, police, top government officials, diplomats, etc) must provide timely reports to enable the appointing authorities to take the right decisions. We must avoid the situation where prospective employees are employed when vetting that seeks to justify the employee's employment in such sensitive establishments has not been conducted prior to appointment. If such phenomenon, is allowed to continue not only in the Office of Special Prosecutor but all sensitive organizations including military, police, BNI, Research Bureau, EOCO, etc, we will be undermining the security of the state, by weakening our intelligence network.

It is therefore imperative to investigate and if found culpable, prosecute accordance with applicable laws relating to unauthorized disclosure of classified security information and intelligence to serve as a serious deterrent to other personnel of our security, intelligence, and investigative agencies.

As an advocate for building of strong national security and intelligence system to deal with the emerging threats to global peace and security, i urge the security agencies to continue to recruit, train, re-train and retain high calibre officers and men, who dedicated to the course of maintaining the peace and security of the nation for citizens to go about their daily activities without fear. There is the need for more stringent recruitment procedure for recruitments into the security and intelligence and investigative agencies so as to get people with the right attitude, conscience, integrity, interest, commitment and dedication to work. By this, there will be enhanced public confidence and support for the institutions.

Story by Moses Jatuat
The writer is an observer on national security affairs and student of security and intelligence.
Email: [email protected]

More Feature Article
ModernGhana Links
Ghana’s Economic Recovery Covid-19 Now And Beyond -Revamping Of Smes.
Will India's 1 billion vaccination-dose-milestone be catalytic for vaccinating all?
Nana Kwame Ampadu, I, Brings Highlife Full Circle – Part 5
Melbourne: The Longest in Lockdown
Out of ignorance and stupidity, some Ghanaians still believe that John Dramani Mahama won election 2020
1D1F Should Consider Charcoal Factory as we Return to Nature!
Climate Change – Our Quotum
The rebirth of nation wreckers in Ghana
Mahama Will Rule For Eight Years Instead Of Constitutional Four – Nigel Gaisie’s Desperation
TOP STORIES

LGBTQ+: I was impressed by intervention of very renowned, we...
47 minutes ago