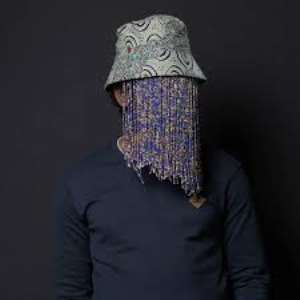 The Accra High Court has ordered the Despite Group of Companies together with two employees with its subsidiary, Okay FM, to apologize to Investigative Journalist, Anas Aremeyaw Anas for the defamatory comments made against him and his associates during a discussion on investigative documentaries on their programme entitled ‘Ade Akye Abia’.

The retraction and apology, according to the agreement, should be published in the Daily Graphic.

On March 7, 2019, the second and third defendants on the programme uttered words which suggested to the audience that the plaintiff (Anas) is “a criminal who engages in extortion, bribery, and blackmail of identifiable persons. The presenter also stated that he has knowledge of a person from whom they claimed Mr. Anas extorted an amount GH¢500,000. He also stated that Mr. Anas’ criminal conduct is encouraging other journalists, including Manasseh Azure Awuni of Joy FM to engage in extortion bribery and corruption.”

However, upon the service of the Writ of Summons, the Plaintiff and Defendants acting through their lawyers have held discussions, negotiated and agreed to settle the dispute amicably by retracting and apologizing to Mr. Anas. 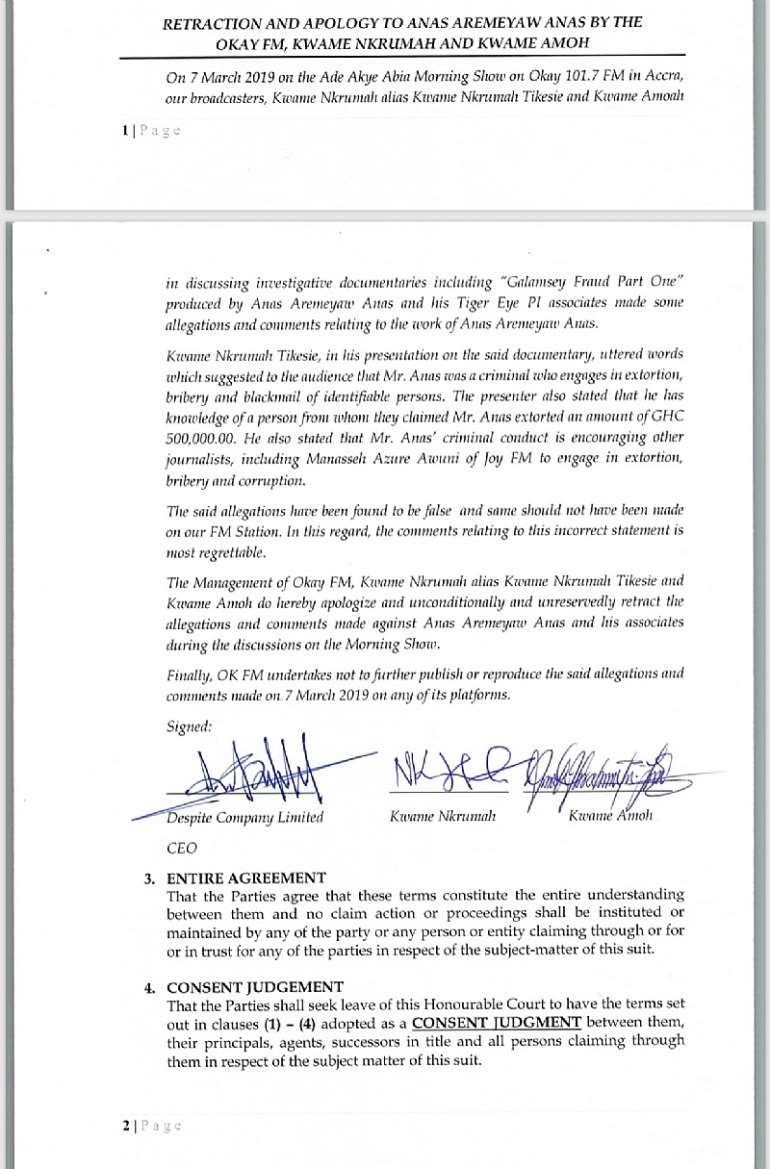 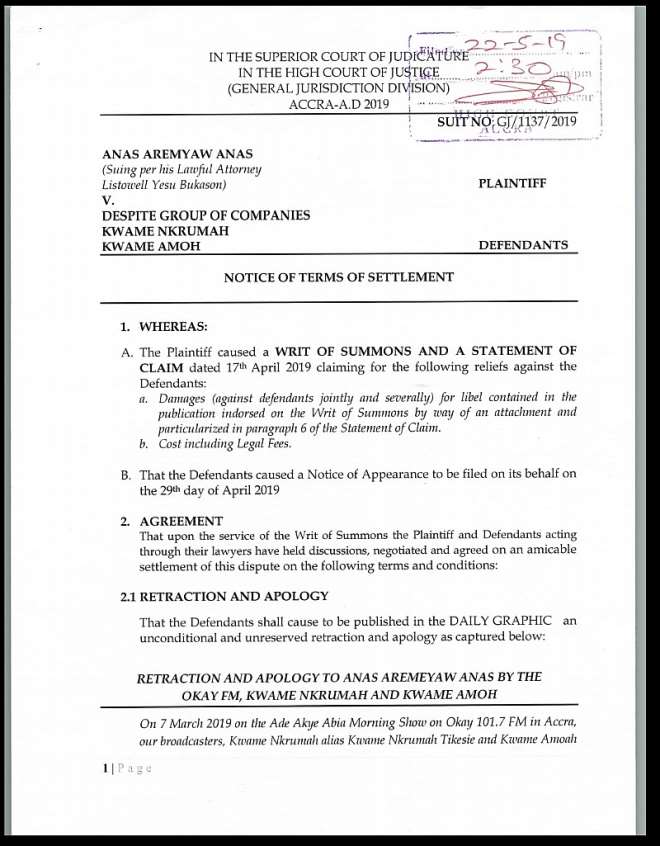 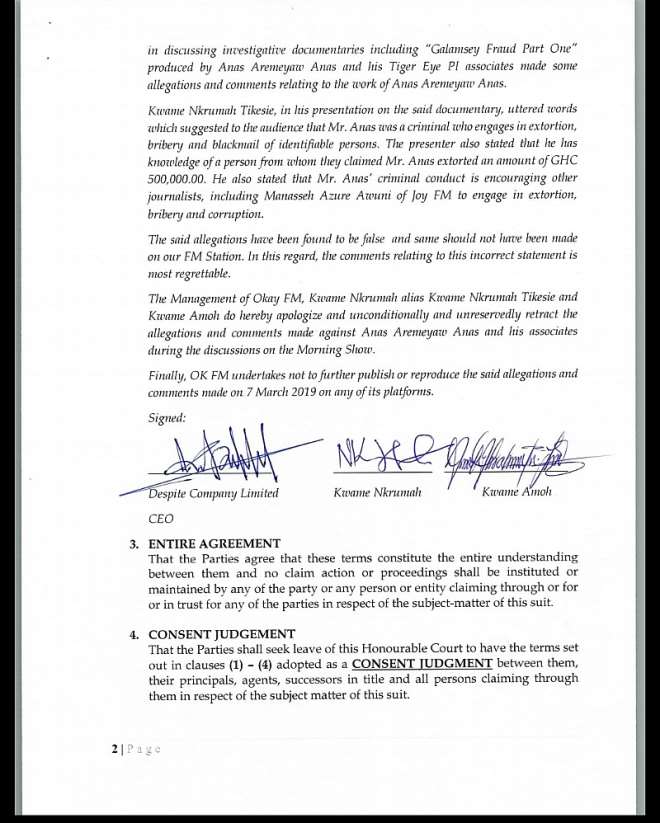 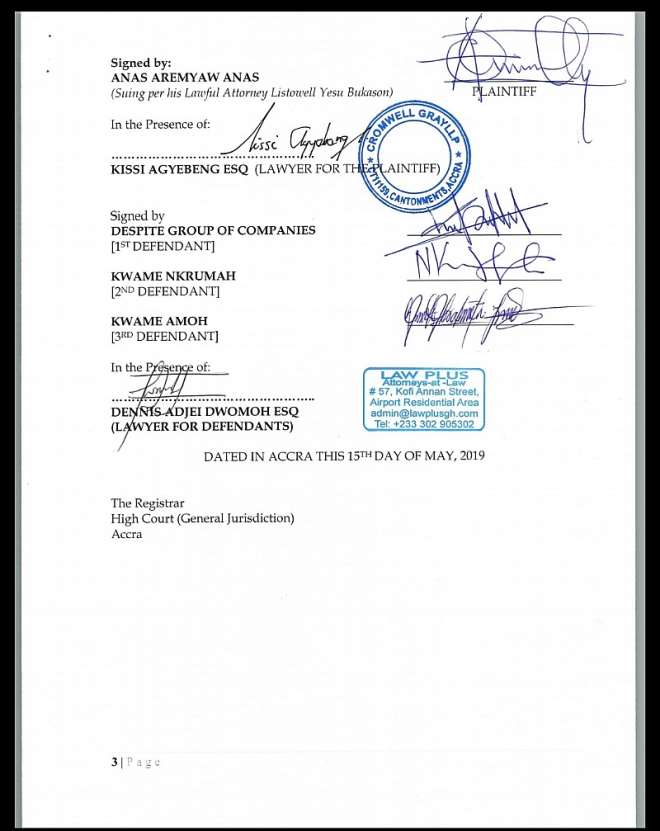