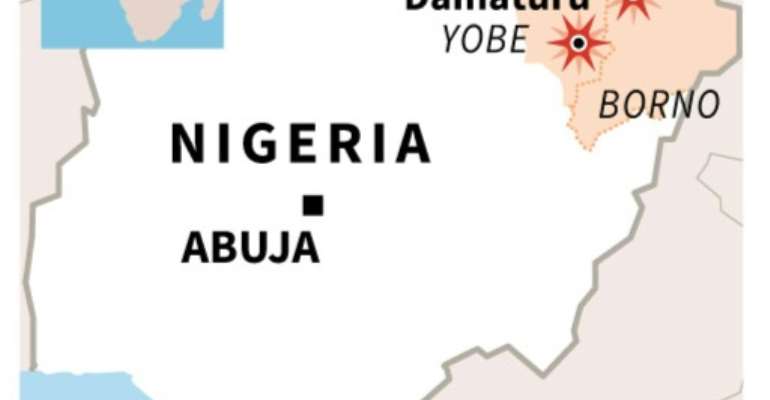 Jihadists from the Islamic State West Africa Province faction of Boko Haram attacked the base in the town of Gubio. By (AFP/File)

Jihadists from the Islamic State West Africa Province (ISWAP) faction of Boko Haram late on Monday attacked the base in the town of Gubio, 80 kilometres (50 miles) from the state capital Maiduguri, firing heavy guns and dislodging troops.

"The terrorists attacked troops around 7:00 pm (1800 GMT) and forced them to withdraw after gunfight in which three soldiers were killed and six injured," a military officer said.

"We have six soldiers who are still missing," said the officer who asked not to be identified as he was not authorised to speak to media.

An armoured personnel vehicle and a truck as well as weapons were looted by the jihadists, he said.

At least five jihadist fighters were killed in a fightback with the support of troops from nearby locations, the officer said.

His account was supported by a militiaman fighting the jihadists alongside troops in the town.

"The terrorists dislodged troops manning a checkpoint" leading to the camp, the militiaman said.

However ISWAP claimed its fighters killed 20 soldiers and wounded "others" in the Gubio attack, according to SITE Intelligence which monitors jihadist activities.

In a short statement released Wednesday ISWAP said it seized vehicles, weapons and "an array of ammunition as spoils".

ISWAP was blamed for, or claimed, most of the attacks.

On Wednesday, ISWAP released a 21-minute video showing the execution of nine soldiers while reaffirming their allegiance to IS chief Abu Bakr al-Baghdadi.

It was not clear when and where the executions were carried out.