What Happened Will Not Happen Under Jean Mensa – Deputy EC 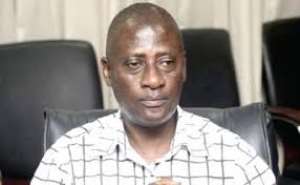 The Deputy Commissioner in Charge of Operations at the Electoral Commission of Ghana, Samuel Tettey, has indicated that the new EC administration is doing all it can to avoid some of the pitfalls which caused the removal of the former EC Boss, Charlotte Osei and her two Deputies.

He said the EC under the leadership of Mrs. Jane Mensa, has taken the recommendations of the Reforms Committee of the Chief Justice seriously since it formed the basis for the removal of the former EC Boss.

According to him, the Committee pointed out so many wrongs under the former EC Boss, something they don’t wish for again.

“If you look at the recommendation of the Committee which also went into some of the malpractices; let’s say things that led to the dismissal of the other three persons. There were certain things that we were not done right, and this time round under the leadership of the new Chair, we are trying to put things together properly,” he disclosed.

He mentioned for instance that, the Committee raised issues concerning the legal department of the Commission which was supposed to be handling issues of Electoral complaints and the constant nagging issues which bordered on legality.

The Deputy Commissioner of EC therefore disclosed that the EC is working seriously to establish a substantive legal department to assist the Commission avoid the same challenges which spelt doom for their predecessors.

“If you look at the recommendation of the Reforms Committee, certain things even cropped up. Like the Legal Department, which the Commission is really doing well to establish because most of our activities are actually grounded in law. These are things that we were actually not doing right,” he indicated.

Mrs Charlotte Osei who was appointed on June 25, 2015, was removed on her third anniversary as chair of the Electoral Commission.

Her removal was based on the recommendation of a committee set up by the Chief Justice Sophia Akuffo to investigate alleged acts of corruption, misconduct and misbehaviour by the three commissioners.

Her two other Deputies, Amadu Sulley and Ms Georgina Opoku Amakwaa were also appointed in May 2012 and July 2013 respectively.