Obasanjo Vs FG: Use Same Pragmatism To Tackle Insecurity In Nigeria—KOWA Tells FG 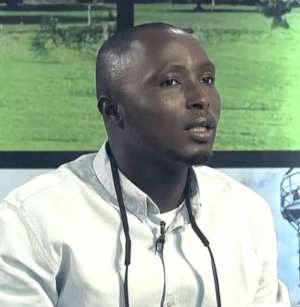 The National youth leader of KOWA Party Olawole Olakunle ‘MKO in a statement signed and released on Wednesday said that instead of government focusing on replying Ex-president Olusegun Obasanjo, the government should channel such timely pragmatism in addressing the many insecurity challenges facing the nation; while further reiterating that the ex-president’s assertion is a clarion call to address the basis of our National unity.

Whereas Government is quick to reply ex-president Olusegun Obasanjo anytime he speaks or draws attention to cogent National issues, it is indeed sad that such level of pragmatism had never been reciprocated to tackle insecurities that consistently question the basis of our National Unity. It is sad that we have reduced the position of the so called Elder statesman to that of docility in the face of many challenges facing the nation.

The presence of an elder in the market would not give room for careless handling of a child by the mother according to a popular Yoruba adage. Hence, it is only inimical to believe that that Ex-President Olusegun Obasanjo submissions on these issues that bothers on security, National unity and cohesion is divisive.

That the government would reply in the manner it did is a testament to how stereotypical our leadership set up is. Salient times and issues require us not to shy away from the fact that there is no national cohesion in the land.

We can’t continue to live in mediocrity as this government wishes we do! Insecurity on all fronts remain unchecked, and in itself is a reason to address our “non-negotiable”

National Unity. There is nothing non-negotiable about our “sham unity”, In-fact what keeps us united is negotiating that unity and addressing the basis of our national cohesion instead of throwing banters and ignoring the important issues that reflect positively on the electorates, the government reply is condescending in that our national polity is reduced to beer parlor banter.

There is a growing insecurity in the various geo-political zones with politicians benefiting handsomely from it at the expense of taxpayers.

That there is no national election in sight is a more important reason to look critically into the Ex- president’s assertions, while utilizing the clarion call as an avenue to address the foundation of our national unity.