Ghana Now Is In A Complete Mess 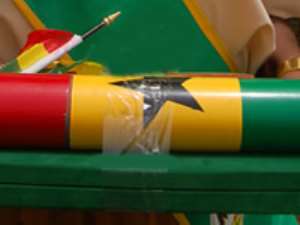 So when Nana Akufo Addo told us that he needed more ministers to govern the country, did he mean it? Wasn’t on that basis that he appointed about 10 ministers/appointees to take charge of our security? And what is the security situation in Ghana now? A clear case of job-for-the boys.

Now three children from Takoradi have gone missing for about a year now and nobody in the security arena of this government knows about it? We know they are not dead, but missing, so what are the 10 security appointees doing as they get paid every month?

Fellow Ghanaians, why are we all quiet about the disgusting way this Akufo Addo’s government is treating Ghanaians? We are all aware of the horn this Rev Owusu Bempah gave to this Akufo Addo and the subsequent mysterious deaths and accidents that followed the presentation. Now, this Owusu Bempah is telling us he knows where the children are, and that only this President can instruct him to tell us. No one has raised a voice against him: not the CID, not the Christian Council. The Daily Guide published that the children have indeed been found and no one has invited them for questioning. The CID boss said she knows where the children are but she is still at post, awaiting her promotion.

It has become very clear that Ghana is without any leadership and everyone does or speak anyhow they want. It’s like nobody cares. Ghana has become a failed state and in a complete mess. Hon. Atta Kyea had the shameless face to tell Ghanaians that $5 million check was signed in his ministry under his watch but he and the Finance Minister knew nothing about it. Both Ministers are still at post. It is like people have lost hope in Nana’s fight against corruption and nepotism. By the way, what happened to the Emile Short report? Were there no recommendations in that to protect the citizenry?

Seriously, I don’t know what will get Ghana to the era before 2016. Your guess is as good as mine.