Police Officer Saves Trader From Being Lynched Over Gh¢7 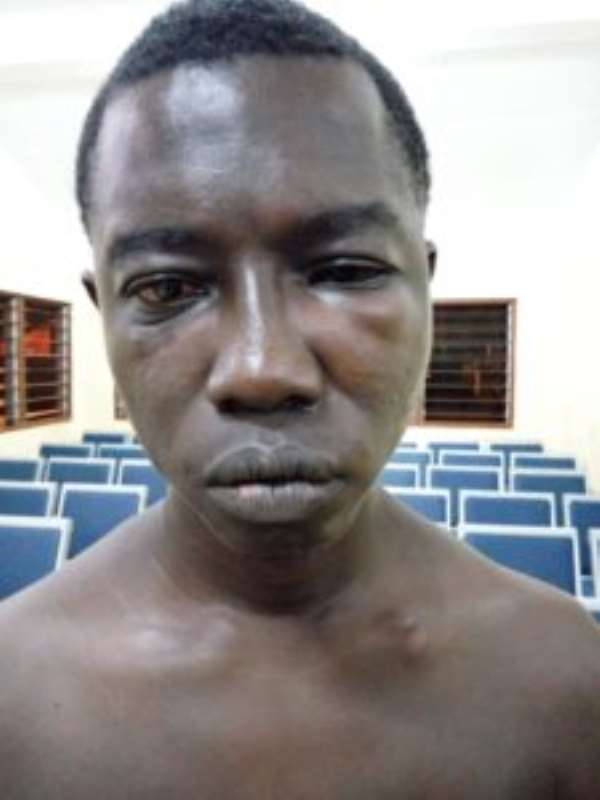 The timely intervention of a police officer in the Western Region managed to prevent what could have been a repeat of the Denkyira-Oboase incident on a trader who was nearly lynched today early morning.

The 35-year-old Mr. Kwabena Tettey Binnin took to his heels whiles he was being assaulted and pursued by workers of "All Needs Supper Market" with life-threatening objects for allegedly stealing a non- alcoholic drink which cost Ghc7 while doing window shopping in the super market.

Narrating his ordeal, Mr Binnin said, he went to the shop to inquire of the prize list of spices he was gathering for an upcoming program called Food for All Campaign as part of the World Food Program celebrated globally.

“I went to Garden Mart, a shop located around Takoradi Market Circle for my list to get the fair knowledge of prizes of spices among the various shops around the Market so that I can prepare a proposal before the program comes one.

"I visited All Needs Supper Market to continue with my window shopping when I took a non-alcoholic drink because I was hungry, then a staff came and ask why I took the drink and before I realise they started beating me up and locked me at their washroom until a police officer intervene and released me, " Mr. Binnim narrated.

The Area Manager of the "All Needs Supper Market" who refused to speak to our reporter directed her to the police station for the full report.

Madam Agnes Mensah, popularly known as Sister Mama who is the Auntie of the victim disclosed that, the young man had left the house a month ago and were in search for his whereabout.

"We then had call from the super market that her son has stolen GHS 7.50p drink at shop, " she intimated.

According to her, she was charged to pay 10 times the amount of the drink by the shop attendance before realising him to the police officer.

The victim is currently at GPHA hospital responding to treatment.