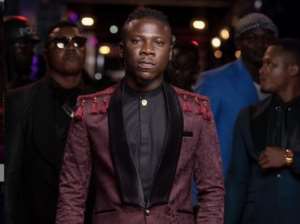 Citing Section 7 of the Arms and Ammunition Act 1972, many have called for the artiste to be punished for flouting Ghana’s law on the public display of arms.

The Act states “no person shall, except in accordance with the terms of a permit granted under this Decree or with consent of the Inspector-General of Police, publicly display any arms or ammunition (including explosives) or discharge any firearm or other weapons in any public place.”

The police have yet to disclose whether or not Stonebwoy’s pistol was licensed.

But Mr Kpebu believes that if the firearm was licenced, then displaying it in public should not be unlawful.

“If a person has a gun and there is imminent danger and he has to use it, he must bring it out…under the law you have the right to use a firearm to ward off any violence even to the extent of shooting the other person if your life in danger.

“So naturally if the gun is hidden somewhere you must first bring it out…so I don’t see how long the brandishing was from the video as to say that that was brandishing. I think we should hasten slowly because from the little that I saw, I don’t think it was a display like what Section 7 is saying, no,” he added.