Two die, three injured in a fatal accident at Anaji-Nkroful 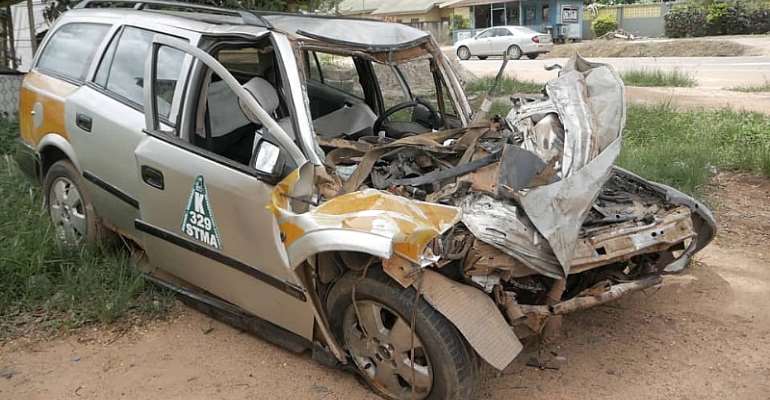 A fatal accident that occurred on the Anaji-Nkroful highway adjacent “Anaji Yahowa Naye” close to the Queen of Peace School on Sunday morning claimed two lives while three others are battle for their lives at the Effia Nkwanta Regional Hospital in Sekondi of the Western Region.

It took road users and passerby’s close to 40 minutes to recuse the helpless Taxi driver from his Taxi.

According to report, a daughter of the Taxi driver who was in the car and the driver of the Pontiac Vibe car identified as Nathaniel Hammond who is also a worker at Orsam have passed away on arrival at the hospital.

Meanwhile, the Taxi driver and his other child who was at the back seat of the Taxi together with another lady who was sitting in the white Pontiac Vibe car are currently responding to treating at the Effia Nkwanta Regional Hospital.

The police have however commenced investigations into the incident.