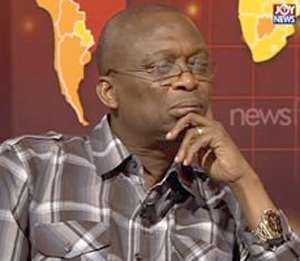 The name COP Maame Tiwaah Addo-Danquah is becoming synonymous with howls of outrage and backlash in Ghana. “The Editor-in-Chief of the New Crusading Guide newspaper considers as shameful, the statement by Maame Tiwaa Addo-Danquah that her comments that they knew the whereabouts of the girls, was to give “hope” to the police” (Source: MYJOYONLINE.COM, May 18, 2019). The above source reported further that Kweku Baako thinks, the CID leader must be axed from office. In his attempt to justify the existence of God, the French philosopher René Descartes propounded the casual adequacy principles implying that nothing comes out of nothing. Is the CID Boss so callous and insensitive to the parents of the kidnapped girls? Has her erudite police professional attitude fallen to the lowest ebb? This writer thinks, there is nothing wrong professionally with Maame Tiwaah’s comment.

Crime investigation falls under a branch of psychology known as forensic psychological science. What Maame Tiwaah used is known as empathy in clinical psychology. Empathy is an evidence-based clinical psychological micro skill. It is an element of rapport, and a credible supplement in successful evaluation, de-escalation of anxious, traumatized, and depressive individuals. Not using empathy on emotional issues could lead to callous self-promotional tactics of the CID boss. In my almost seven-years working experience as a mental health practitioner, trained under a licensed clinical psychologist in Minnesota, I can relate very well to COP Maame Tiwaah’s comment.

Every human being is susceptible to mental health opportunities. As Alfred Adler will put it, the only sane people you know are the people you don't know well. The parents of the missing, kidnapped girls are mental health client by default. They will naturally suffer from anxiety, major depression, and trauma. Professionally, every good forensic or clinical psychologist will use interventions such as empathy [understanding the emotional challenges of the parents] to de-escalate the parents from rising mental health symptoms. A professional medical doctor could be sure that a terminally ill-patient may not survive, even so, he/she will not go about disclosing such information to the client. Depression and anxiety emanating from existential, and interpersonal isolation is a severe suicide risk factor.

Maame, Tiwaah telling the public the "police have found the girls contrary to the reality was not wrong at all. Anywho, is Maame Tiwaah autonomous or answerable to the IGP? Policing is the responsibility of every citizen. We do not expect Maame Tiwaah to come to the public and escalate the depressive symptoms of the parents! I think the call for her replacement is premature! Every professional police officer must blend compassion and empathy in certain delicate situations, and Maame Tiwaah professionally nailed it! Shalom.

The author has 165 publications published on Modern Ghana.