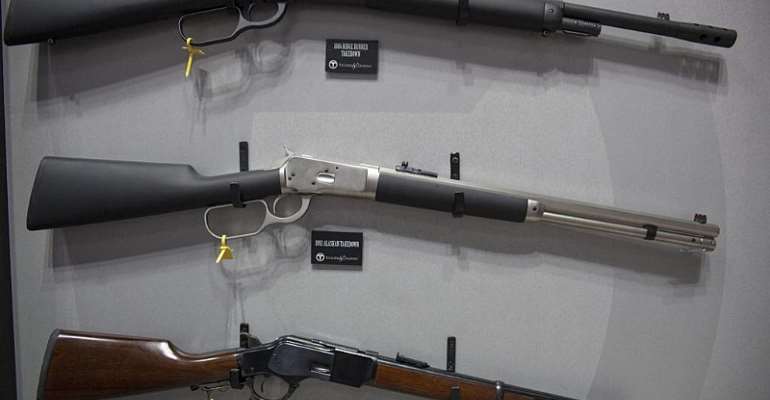 Voters in Switzerland go to the polls on Sunday to decide whether to change laws on gun ownership to bring them into line with the European Union, amid concerns over the country's future in the visa-free Schengen travel region.

Under the new gun law, which has been approved by legislators, semi-automatic weapons with high-capacity magazines would be listed as banned.

Collectors and sports shooters could still purchase such weapons but would face more scrutiny to obtain the documents giving them what has been called exceptional authorisation.

The most recent opinion polls before the vote suggested the reform would be backed with 65 percent of respondents to a gfs.bern survey saying they support the move.

The Swiss government had also warned that rejecting a revamp could threaten relations with the EU leading to Switzerland's exclusion from the visa-free Schengen travel region and also the Dublin accords regulating Europe's asylum-seeking process.

Implications
The government said it could have consequences for security, asylum and even tourism and would cost the country several billion Swiss francs each year.

However those predictions were dismissed as exaggeration by gun lobby campaigners who gathered enough signatures to trigger a vote under Switzerland's direct democratic system.

They say the law change amounts to an EU dictate that rides roughshod over Swiss sovereignty and would erase the right to own weapons in Switzerland.

The gun culture in Switzerland is linked to its tradition of national defence service. Most Swiss men do military service between the ages of 18 and 30 and are allowed to keep their assigned weapon when they are finished.

Precise figures on ownership are unavailable as there is no national registry. According to a 2017 report by the Small Arms Survey, there are around 2.3 million firearms in civilian hands - nearly three for every 10 inhabitants.

The EU changed its weapons laws two years ago following a wave of deadly terrorist attacks across Europe by banning certain types of semi-automatic firearms.

While Switzerland is not an EU member, it is bound to the bloc through an array of bilateral agreements.

Sensitize School Children On Wearing Face Masks Before And A...
57 minutes ago