In a poor Malawi village, hope rests on opposition leader 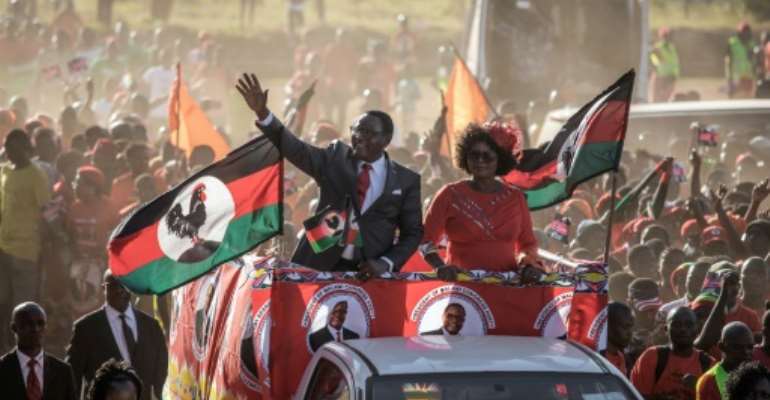 The tiny village of Chakwera is typical of thousands of settlements across Malawi -- life is tough, families rely on subsistence farming, and food, education and work are all scarce.

But flags featuring the black rooster of the Malawi Congress Party hang in the trees, a clue that this is the former home of a man who could be the next president.

Three generations of the family have lived there since the early 1950s, and his relatives still populate the village.

Home to only about 50 people, it is situated at the end of a rough path leading through a thick forest, and has no mains electricity, one water pump and virtually no infrastructure.

It is the reality of life for many people in Malawi, which is ranked by the World Bank as one of the poorest countries in the world.

Over half of Malawi's population live below the poverty line, and just 11 percent have access to electricity. 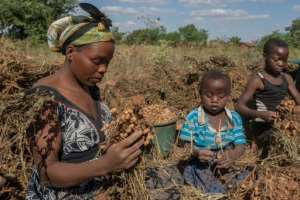 Malawi is ranked by the World Bank as one of the poorest countries in the world. By AMOS GUMULIRA (AFP)

"Malawi lacks many things -- there are no businesses," said Margaret Amos, a thin and glassy-eyed 20-year-old wearing cloth wrapped around her waist, as she walked away from a pump carrying a heavy bucket of water.

Amos dropped out of school as her parents could not afford the fees, before marrying early and taking on domestic chores.

"If Doctor Chakwera wins, people will be able to start their own business," she said, loyal to the village's prominent son.

A few brown-brick huts are scattered around a clearing where young men rest under a tree in the midday sun. Pigs lie in the mud near the water pump, and goats roam freely searching for small leaves to eat. 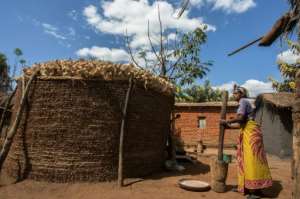 Patricia Chakwera, the sister in-law of Malawian presidential candidate Lazarus Chakwera, pounds groundnuts of which the powder is used for seasoning vegetables. By AMOS GUMULIRA (AFP)

In Tuesday's election, Chakwera hopes to unseat President Peter Mutharika after being narrowly defeated in the last election in 2014.

The result looks in the balance but Chakwera, a former senior pastor in Malawi, can certainly count on the support of his home village.

Relatives see him as the country's salvation from corruption, poverty and lack of development.

"I have total confidence in my brother-in-law that he's going to take over the government," Patricia Chakwera, Lazarus's outspoken sister-in-law, told AFP.

"He will serve all the people in the whole country, because that's what he was doing when he was a church pastor. He worked for everybody, and I'm sure he will do the same once he is president."

His older sister Polina Chakwera says he has not changed from the boy he was growing up. 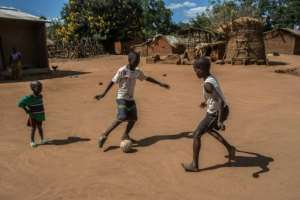 Boys play with a football made out plastic waste in the village where Lazarus Chakwera grew up. By AMOS GUMULIRA (AFP)

"He was always smart and always number one -- he still is," she said, adding that he would conduct school lessons for fellow pupils.

Chakwera has campaigned on an anti-graft platform, and has been credited with reviving the MCP, which ruled Malawi from 1964 to 1994 under Hastings Banda's one-party rule but has since been in opposition.

"It has been a great campaign across the country and our message has been well received," he told AFP at his final rally, predicting "nothing less than victory -- we are winning."