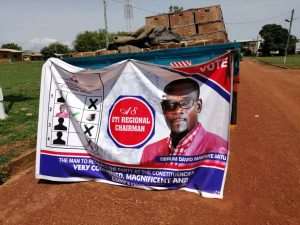 A candidate for the chairmanship position in the New Patriotic Party’s Oti Regional executives election, David Tibrum Makinye Batu who promised to give delegates a motorbike each if they elect him as chairman failed to get the confidence of the electorates.

At the close of polls on Saturday, he failed to secure a single vote.

David Tibrum Makinye Batu despite his audacious pledge to gift each delegate a motorbike each if he is elected as chairman, failed to make an impact in the polls.

While the election was ongoing, there was a truckload of wooden boxes containing 100 non-assembled motorbikes with a banner of the Mr. Makinye Batu parked close to the election grounds.

Mr. Makinye Batu had told Citi News in an interview that the motorbikes were to help him start work when he gets elected as chairman. 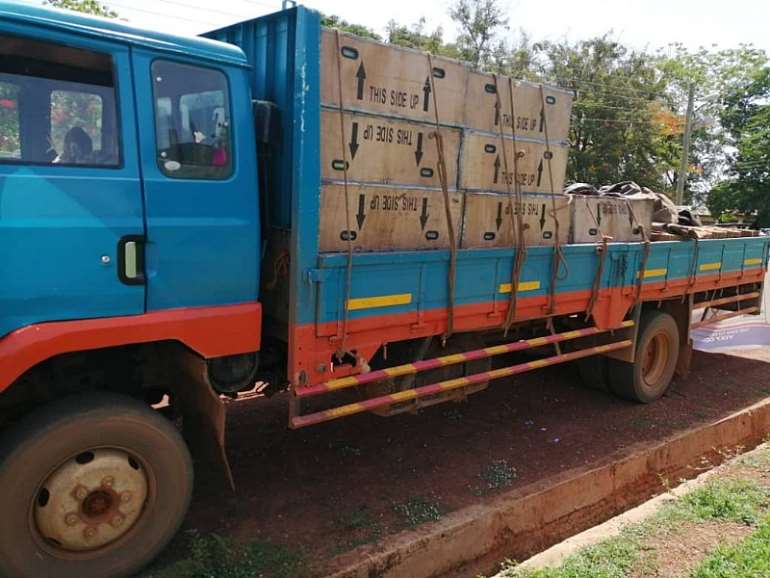 “Our victory in the Oti region come 2020 is dependent on logistics; especially motorbikes in the region. Because when I contested for the Parliamentary seat, I realized that constituencies with motorbikes discharged their work with ease. When they are moving, they move in their numbers.”

“So it's true, I have come here with motorbikes that I will distribute to the delegates immediately I am declared winner. I really want to be the Regional Chairman; so the motorbikes are what I will use to begin my work. ”

When asked what will become of the bikes if he does not win, he said: “when we get to the bridge, we will cross it.”

Citi News could not contact him for comments after his defeat.

Joshua B. Makubu, after polling 98 votes was elected secretary while the Assistant Secretary position was won by Janet Emefa Obro-Adibo Goka.

The elected organizer was Abubakar Salifu with the position of Women Organizer won by Olivia Yawa Aglago.