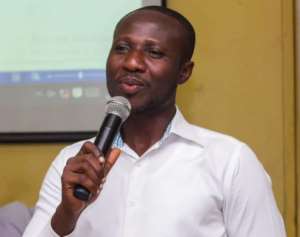 Examination malpractice is a canker in our educational system. The use of foreign materials and other unethical disciplines found in examination halls prepare students to be corruptible future civil servants and private businessmen.

Following the initiative by Ashesi University to allow students to write exams without invigilators, the President of Ghana Union of Professional Students (GUPS) Mr Justice Aboagye-Sarpong has urged government to adopt similar social responsibility codes that inculcate sense of discipline, patriotism and dignity in children as they grow as the first step to end the unbridled corruption that has rendered most parts of our country underdeveloped.

According to him, it will be a better investment from the initial stage to grow through Junior High, Senior High and tertiary levels of education.

He said "Fight corruption with Social code of honor in lower schools as a means to provide a lasting solution to contagious corruptible practices in the country."

In 2018, 26,434 results were withheld as a result of examination malpractice according to West Africa Examination Council (WAEC).

A similar case was recorded in 2014 as Out of the two hundred and forty thousand, six hundred and sixty-two (240,662) candidates who sat for the May/June WASSCE that year, eight thousand and fifty-one (8,051) of them were involved in examination malpractices. This was described as one of the most contagious in the history of WAEC. Where are the students who were involved in this act? Perhaps in pursuit of tertiary education with the same conduct, while others may be engaged in politics or other businesses.

The call on the government by GUPS is a good call to instill a sense of honor, patriotism, and discipline into lower level children since they will grow to become private and public sector businessmen and women.

Later last year, Anas Aremeyaw Anas on his quest to stop corruption exposed certain public figures involved in corruptible practices. Also, some judges have been reduced to nothing and asked to leave office due to their involvement in bribery activities.

The GUPS President believes with this initiate, young ones will be cautious should they try to do such an act.

According to Ashesi University, each student has pledged not to involve in any malpractice and will solely be held responsible should he/she be caught.

“With this, no invigilator was assigned to oversee the examination in the exams hall. Let's support this cause and give our children a promising and disciplinary future,” he emphasised.