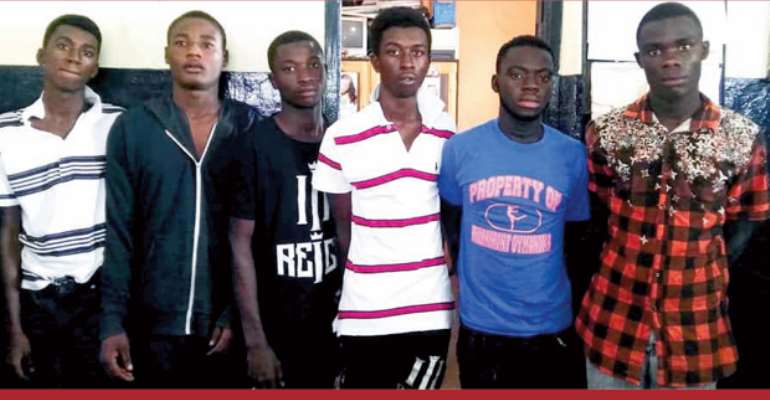 When young boys decide not to spare the life of a teacher, community elders and opinion leaders must find out why. The answer is not far-fetched. There is moral degeneration especially among the youth.

Society as a whole must be held responsible for the downward slide in discipline.

The death of the 57-year-old teacher allegedly beaten to death by wayward boys expectedly touched the hearts of almost all who heard the story that indicated that it was a group of young boys who hatched the plan and executed it. However, a court of law is yet to give a verdict on the issue.

The rate at which young boys are becoming wayward and getting enmeshed in immoral activities attests to our faltering values.

An alien behaviour has descended upon us and the earlier we joined hands in countering it the better for the future of our society. This could not have happened anywhere in the Gold Coast and many years after independence.

While we are unable to really control some of these occurrences in our society, we can somewhat minimise it so that the extreme cases, as in the story under review, will not occur.

We cannot discount the role of social media in such moral degeneration but suffice it to state that the quality of upbringing we administer to our growing kids at home can shield them against such regrettable conducts.

The lives of these kids whatever their ages would certainly never be the same. They have put themselves, their parents and the country in an unenviable predicament. When they eventually fail to convince the judiciary about their innocence and are thus convicted, the burden they will put on the state cannot be ignored as they go through the process of corrections in special facilities at the hands of correctional officers at a financial cost to the taxpayer.

With traits of their degeneration having been showing even now, these boys could have gotten wayward overnight. Unfortunately, parents, teachers and others noticed but did little to remedy the situation.

Teachers and parents in particular have an onerous role to play in bringing up children because after all the kids spend more time with them. It is not enough to teach kids how to read and write. The moral aspects of child upbringing is essential especially in this day and age when gaming centres, the acquisition of smart phones and illegal way of making money through Internet fraud are not beyond kids as young as fourteen and fifteen.

Parents, local authorities, law enforcement agencies, churches and mosques should note that the challenge of child waywardness is staring us in the face.

The action of these boys is a wakeup call to all stakeholders in our communities to show concern about the quality of upbringing being given to our children, especially in their formative years.

Parents and teachers should constantly monitor the movements of their children and pupils so that when the red lights are showing, they can intervene at an early stage. This way they can establish whether the Internet cafes have not become their second homes, among other danger signs.