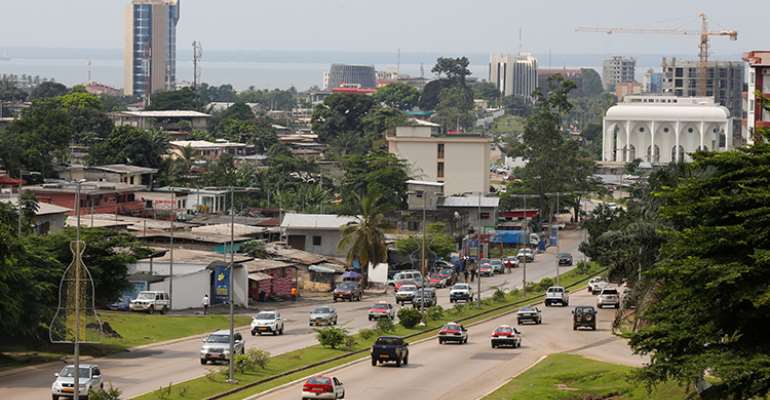 Gabon's media regulator should immediately lift its suspensions of the tri-weekly newspaper L'Aube and the weekly Echos du Nord, and give journalists the freedom to cover issues of public interest, the Committee to Protect Journalists said today.

On April 10, the authority issued an order suspending L'Aube's publication for six months for the alleged defamation of Maixent Accrombessi, the former chief of staff to Gabonese President Ali Bongo, according to Melissa Bendome, a technical adviser at the authority, who spoke to CPJ over messaging app.

CPJ spoke with Liliane Bilogho Ndong Nang, director of government information at the prime minister's office, in an attempt to reach Accrombessi and Mborantsuo for comment, but Bilogho declined to give their contact information.

"The suspensions of the L'Aube and Echos du Nord newspapers by Gabon's media regulator send a chilling signal to all journalists that anything deemed undesirable by powerful people in the country may be grounds for complete censorship," Angela Quintal, CPJ's Africa program coordinator, said from Durban. "Journalists must be free to deliver information to the public in whatever form they see fit, without fear."

The Echos du Nord suspension order followed the paper's February 4 publication of an article about Mborantsuo's increasing power in the country, according to the news website Gabon Review . Mborantsuo filed a complaint with the High Authority for Communication, and the regulator called the article "slanderous," "vindictive," and "outrageously acrimonious," according to the Review.

Echos du Nord's weekly print publication has been suspended since March 20, according to news reports . Its website has not been updated since 2017.

L'Aube Editor-in-Chief Orca Boudiandza Mouellé told CPJ via phone on May 7 that, while the newspaper did cease publication on April 10 after the regulator's decision was announced on Gabonese TV, they have yet to receive a formal notification of the suspension. The newspaper does not have a website, Mouellé told CPJ.

Accrombessi's lawyer filed a complaint with the media regulator after L'Aubepublished a satirical text on April 1 as a joke, in which a caricatured Accrombessi spoke about looting Gabon and manipulating the president, according to Mouellé and media reports .

On April 8, L'Aube published a clarification, explaining that the April 1 article was published as satire, as seen in an image of the newspaper featured by online broadcaster Benin Web TV.

The High Authority for Communication's suspension order also referenced an interview by L'Aube with Echos du Nord founder Désiré Ename, published on March 25, following Echos du Nord's suspension, in which Ename referred to the regulator with "pejorative and sarcastic expressions," according to French daily Le Figaro .

In 2016, Echos du Nord's offices were raided by Gabon's domestic intelligence agency, several of its staffers were arrested, and one was allegedly tortured during an interrogation, as CPJ reported at the time.

L'Aube was previously suspended for three months beginning in November 2018 after it published an article about Bongo's allegedly poor healt, according to the U.S. Congress-funded Voice of America .

CPJ called Tiburce Armand Nziengui Boussougou, adviser to the director of government information, who answered but declined to comment on the state of press freedom in Gabon.

Earlier this year, Gabon's government shut down the internet and broadcasting services throughout the country following a coup attempt against Bongo, as CPJ reported at the time.