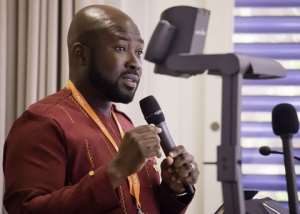 Players in the downstream petroleum sector would find total relief in the yet to be introduced Credit Practice in Trade (CREPT) and Oil FX market in the fourth quarter of this year, the Chief Executive Officer of the Ghana Chamber of Bulk Oil Distributors (CBOD) has said.

He noted that the CREPT and OFM which are waiting for regulatory clearance will cure the financial headache of players in the downstream petroleum sector when approved.

According to him, the CREPT, aimed at centralising the trading activities of the PSPs will ensure transparency in the sector.

Mr Hosi added that the OFM will provide a solution to FX challenges in the sector by serving as the sole online platform for procurement and supply of foreign exchange for oil imports.

This, according to him, is aimed at actualising government’s vision of boosting the financial capacity of Petroleum Service Providers (PSPs) in the sector.

“The key problems have been the FX risk and Trade Credit risk, but together with the National Petroleum Authority (NPA), we are working on solutions to cure that. We are trying to come up with a derivative market to help oil traders insulate FX risk which will be the first of its kind in Ghana.

“On the trade credit side, we need to have a lot more visibility in the entire chain. In Ghana, we don’t have that, in the sense that trade credit is easily seen as free credit and that can be abused. And once that can be abused, we have the Oil Marketing Companies (OMCs) or the Telcos, the Construction Companies abusing the OMCs, then they end up abusing the Public Distribution Companies and eventually, nobody can pay the bank or pay the supply.

“So, we are trying to work out a trade credit, monitoring and rating mechanism to enable us have proper credit visibility, blacklist people and ensure the funding cycle is smooth. I think we should be done with that probably in the fourth quarter of this year and that is a major game changer for the downstream sector,” Mr Hosi stressed.

He said this at this year’s Ghana day-Offshore Technology Conference (OTC) held on Wednesday, May 8 in Houston, Texas.

Mr Hosi noted that even though the sector has not completely weaned itself off the financial hurdles, the work of the E.S.L.A Plc, an institution established for the purpose of raising money to clear the outstanding Energy Sector debts, has improved the sentiments of sector players.

This, according to him, culminated in the introduction of ESLA bond to issue long-term bonds to resolve energy sector debts due banks and trade creditors.

For instance, the managers of ESLA Plc., in 2018 announced they had been able to raise about GHS 265 million as part of the energy bond to save the energy sector.

ESLA Plc. says the proceeds will be used to continue to settle the balance of the outstanding legacy debt and other obligations due suppliers and other creditors within the energy sector.

This, Mr Hosi intimated, has been a remarkable step in restoring some level of hope in the industry players which would enable them remain afloat in the petroleum business.

“The financial challenges in the downstream has been quite a classical story as far as the Ghanaian downstream sector is concerned. We have worked effectively with the past government to pass the ESLA, with the current government also putting in place a structure called the ESLA bonds.”

“This intervention has been one masterstroke. It’s been the beacon of hope for the entire energy sector. So we are curing the financial problems in the sector with the hope of not creating new ones.”

“I run the Legacy Bonds within the larger subscriber to the ESLA Plc. bonds and it’s just been fantastic. There has been timely service of coupons, good subscription, and it’s currently trading at a premium and not at a discount; and that has been good riddance for the downstream sector.”

“The deregulation policy is supposed to insulate us from having some of these recurring, but we also have to make sure that the industry doesn’t manage itself in a way that gets us back without government being responsible,” the CBOD boss emphasised.