Unbelievable: At The Airport Passengers Should Be Weighed Before Flying 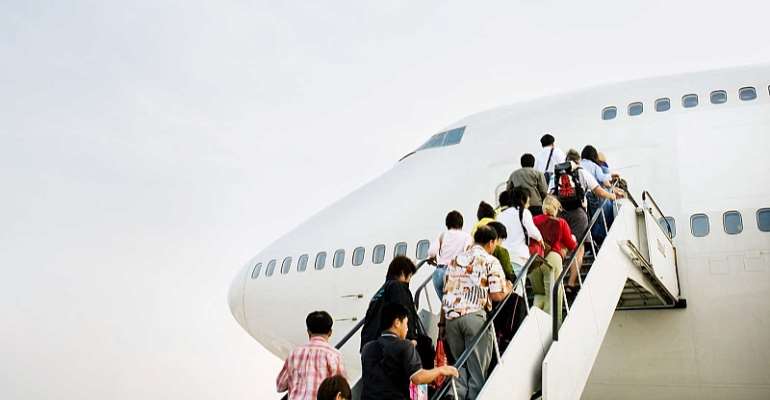 Before the departure once on the scale? For many passengers, this idea does not sound appealing. But airlines pursue economic interests.

The British technology company "Fuel Matrix" wants that at the airport not only the suitcases but also the passengers themselves will be weighed. This should ensure low fares and CO2 emissions. What is clearly too much for some passengers has an economic and ecological background: weighing should save money.

Nick Brasier, CEO of the engineering company Fuel Matrix, told the British Independent why weighing individual travelers was beneficial. On the one hand go so far per passenger of 88 kilos weight and calculate accordingly the required amount of fuel. If the airline knew exactly how much individual passengers weigh, it would also be possible to use less fuel if necessary.

On the other hand, heavy persons are so far randomly distributed in the plane. If these people were bundled together in one place, the pilots would have less balance.

The Hawaiian and Finnair airlines already use this procedure as a test.

The end of free seating

Finnair has announced on Twitter that they have started voluntary weighing of passengers at the airport.

Among the disadvantages of these plans, is that the free choice of seats of the passengers would be eliminated. In addition, many people feel discriminated against because of their weight.

More Weird News
Modern Ghana Links
Chinese Restaurant Operator Uses Opium To Get More Customers
Man gets tens of thousands of birthday calls after sons post his phone number on billboards
Mysterious Condition Makes Woman's Breasts To Grow Heavily
Tamasco Students Performed Final Funeral Rites, Burial Service Of Core Maths
The Day I Will Never Forget Is The Day I Had An Accident
Filipino Man Has Been Nailed To A Cross Every Good Friday For 33 Years
Check Out Japan's Famous Aquarium Toilet
Woman Goes To Bed With Flat Stomach, Wakes Up With Baby Bump
Grandmom Gives Birth To Her Own Granddaughter
Dossiers Quotes Coronavirus
TOP STORIES