We Will Not Condone Criminality, Unprofessional Behaviour – NIA 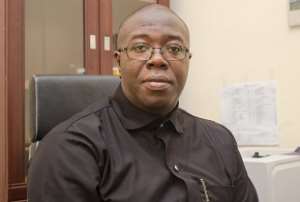 Authorities of the National Identification Authority (NIA) vows it will not shield any of their registration officers who may be caught doing the wrong thing in the ongoing mass registration exercise.

This comes at the back of reports of allegations of extortions and unprofessional behaviour against some of the registration officers facilitating the process to capture the biometric data of people for the issuance of the Ghana Card.

The Head of Communications at the NIA, Francis Palmdeti, who has condemned the behaviour of his officers, told Citi FM in an interview that the activities the registration officers are reported to have engaged in were unprofessional and criminal and therefore will be treated as such.

“We trained these officials, we make them appreciate the fact that what we are doing is public service and the public expects us to give them a good service and not to conduct ourselves in any manner that is unprofessional and unethical. Any official of ours engaging in any acts of corruption will have to be sanctioned,” he noted.

Since the beginning of the exercise, there has been reports of wrongdoings on the part of the registration officers which has courted a lot of criticisms at the Authority.

The NIA has had the cause to dismiss some 11 persons and suspended 5 others for committing various offences in the registration exercise including the registration of foreigners and people outside the prescribed periods and venue.