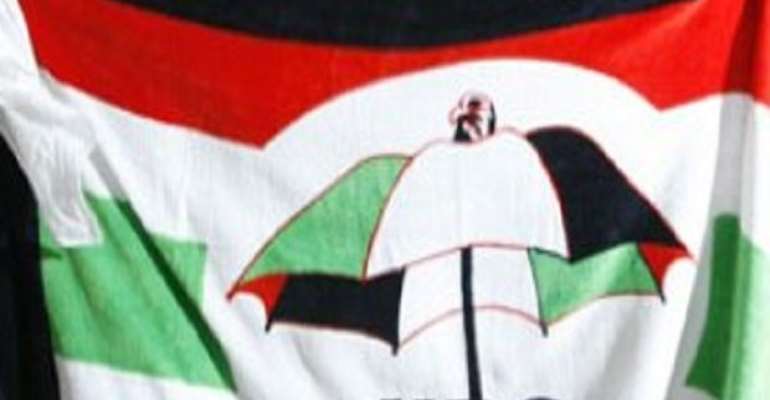 We bring you warm greetings from the offices of the ten Regional Youth Organizers of our great party, the National Democratic Congress. We are happy to inform you that the Youth Secretariat in our various Regions are on course with our collective goal to win the 2020 general elections.

It has become necessary for us to set the records straight in light of what we perceive as vile and unnecessary, the attacks on our National Youth Organizer, Hon. Geaoge Opare Addo and in extension, his administration by faceless individuals within our party especially on social media.

The numerous attacks which have been ongoing for several weeks seem to suggest that the Youth Wing is not working and our National Youth Organizer is doing nothing. We entreat you to treat all such write ups with the contempt they deserve and disregard the wanton propaganda it contains as that is not a true reflection of happenings within the Youth Wing.

The Youth Wing under the leadership of George Opare Addo and his two deputies has seen a tremendous change and we are working hand in hand with them to restructure and make the Youth Wing very attractive as we work for a victorious 2020. Thus, it is retrogressive for anyone to suggest otherwise and subject our leadership to these attacks.

We want to emphatically state that since their inauguration into office, our National Commanders have achieved significant milestones, with many more in line. Some of these milestones include;

1. A training program organized for all Regional TEIN coordinators in the country. The training focused on how to restructure, revive and make TEIN attractive on our various campuses in order to increase our votes in all tertiary institutions. A detailed roadmap was proposed and accepted, the same which our coordinators have started to fully implement on various campuses.

3. The vital role the Youth Wing played in the Ayawaso By election from the beginning till the party opted out.

4. Pablo and his team embarked on a Regional tour starting from Eastern, Volta, Greater Accra, Central, Upper East and Northern Regions where they organized Constituency Youth Outreaches where Branch Youth Organizers were given special training toward the limited registration and the 2020 elections, which is still on going.

5. We have also witnessed several campus programmes initiated by his administration which is seeing the revival of TEIN on our various campuses.

We wish to inform the General public that the Youth wing is on the right path under the Leadership of George Opare Addo and his deputies.

The National Youth Wing is very united and loyal to its leader, the Youth Organizer, Hon. George Opare Addo also known as PABLO.

We wish to serve notice to those behind these social media attacks that we will not sit idle for anyone to disrespect our Commander anymore. We will respond in equal measure if these attacks continue and will proceed to flush these individuals out from our midst if it becomes necessary. We will not relent in going after such individuals because it is their agenda to derail us from our course and we will not allow it.

It is imperative to note that rating the performance of our National Youth Organizer by his sitting on various Radio and TV show every morning is a clear sign of ignorance and incompetent judgement because the Youth Organizer has specific duties to perform; the job of the National Youth Organizer is to work with his Regional, Constituencies and Branch Youth Organizers to increase our votes and make the NDC the preference for young people. Our party in the past lost its grounds because we focused on media engagements at the expense of the grounds game. Now ! We have a youth organizer who is continuously tilling the NDC youth workforce for Victory 2020.

Engagements with the media will come as and when it becomes prudent for him and his deputies to address an issue or press home a demand.

We the ten Regional Youth Organizers and our deputies wish to once again renew our undiluted support for our National Youth Organizer and his deputies. We want to assure him that, we are executing the Pablo Project in our various Regions in order to secure a victorious 2020 to liberate the people of Ghana from this incompetent government.

We admonish comrades to choose constructive criticism over these incessant attacks and focus on how best they can help the party win power as the Youth Wing is doing.

As we have stated , Pablo has our support and anyone who is against him succeeding is against us, the party and our collective goal. Let us come together and work as comrades for a better future.