Is it a Dream or a Reality that Many a Ghanaian is Losing Hope in the NPP Government of President Nana Akufo-Addo? 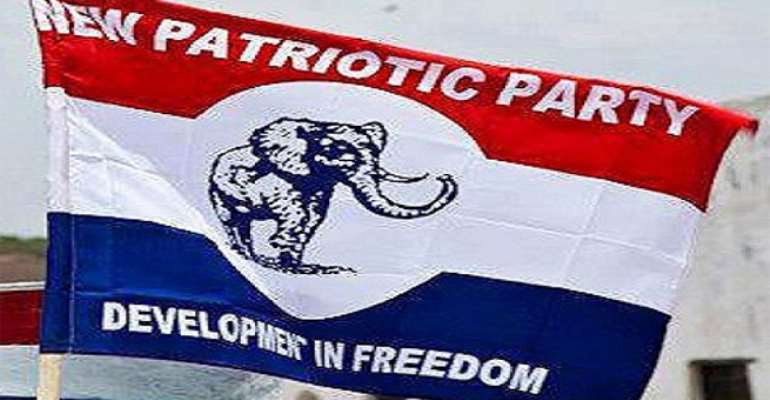 Putting out false information in praise, or denigration, of, anyone, is disingenuous, and unhelpful to the person concerned. Yes, I believe in the sanctity of the saying, "Give credit to whom credit is due". Subsequently, we can reprimand who needs to be condemned following their actions that may be deemed irresponsible.

Constructive or destructive criticisms, although painful as they may be, are there to correct the person being criticised. They point out their faults to them. Those who cannot tolerate criticisms, especially when they are public office holders are not worthy of their positions. Take note of this, the criticisms I am talking about here are not the insults Ghanaians have for a few years back become infatuated with for absurd political reasons or affiliation. If criticisms are not good for our correction, Benjamin Franklin would not have said, "Critics are our friends, they show us our faults."

If something is actually white, but you try your hardest to persuade people to believe and accept that it is black, what good have you done to yourself and those that you want to convince? By this, I mean to ask my partisan Ghanaian compatriots who have become extremely political fanatics, going to the lengths of lying between their teeth about the achievements of the party they support and the non achievements of their rival parties, what they stand to gain by such attitudes.

What favours are they doing to themselves, to the persons they are falsely praising for what they have not done but to deceive people to believe otherwise, to the person they are belittling instead of according him/her applause for a good job done, and on the whole, to their nation and people?

This publication is being put out following the amount of information or disinformation fellow Ghanaians are feeding to the public. There are all sorts of information on the social media, especially on WhatsApp and Facebook, by word of mouth, by radio phone-in callers, etc., praising or accusing the NPP Government or the outgone NDC Government for what they have done, did, or did not do.

If a government has not practically implemented a policy it promised to implement, why should one in an attempt to deceive the public fake information of the policy’s successful realisation, put it out through any of the information outlets for public consumption? If a government is praised for what it has not achieved consequent upon its party fanatic putting out false information to the contrary, what good does such deceitful attempt do to Ghana, the citizens, the President or the party? How can people in government or public office holders know and correct their mistakes if we failed to point them out, condemn them, rather than falsely praising them for a job well done whereas they are messing up big time?

One thing I know and have learnt, although myself obstinately guilty of, is by often not listening to the wise admonitions to me by my wife. That thing is, "It does not belong to he who is leading to redirect their steps". Does it not become worse and more dangerous if he who is to redirect you, according to the proverb, is rather misdirecting you? Simply put, it is the person behind you that can see, and point out to you that the pathway you are creating is getting crooked although the pathway is supposed to be straight. Is the person following you a good person if he/she fails to point out the mistake you are making to you? Does he/she not become more of an enemy if he/she praises you saying you are doing well instead of pointing out your fault to you for correction? So are the people who put out false information in praise of the President and his government instead of being frank with them, conveying to their attention their shortcomings, so as to effect the necessary corrections.

My wife always tells me that one tree cannot make a forest so I had better desist from spending my precious time and money on Ghana politics and other issues of no direct benefit to me. For years, I have not listened to her intelligent advice. I have always rebutted her saying, a life changing positive idea does not come into the minds of two or more persons at the same time but one. This one person then sells the idea to people through propagation until it becomes accepted by many people, then gets executed to the benefit of all. However, I am now tempted to yield in to her advice since, Ghanaian politicians by their ingrained corrupt characters are proving me wrong but she correct. They are living proof of the saying, "Koko ba ne Dede ba nyinaa ye nipa baako eferi se won nyinaa ye Krobofo3" meaning, they are of the same breed.

You will reap what you sow and there is death awaiting everyone, And, after death, there is judgment. Why is it that naked we came and naked shall we go but Ghanaian politicians and people entrusted with power to serve their nation and humanity are continually embezzling funds and State assets as if tomorrow never comes and death will never be their portion?

What do I stand to lose by being honest and calling a spade a spade? Nothing! However, what I will gain is hatred as most Ghanaians hate those who speak the truth. Do I care? No, although my wife is worried.

If they are the absolute truth what I hear some once trusted NPP members saying about the NPP, then I cannot draw any line between the NPP and the NDC when it comes to the love of corruption and the telling of white lies.

Do I have to give up on Ghana as some friends have done? No way! I shall fight for the good cause for Ghana and especially, for the subjects of Kumawuman until my dying days.

I believe I shall not become an enemy of His Excellency Nana Addo Dankwa Akufo-Addo should I ever become aware of any shortcomings of his and politely, or through constructive criticism, point them out to him for correction. It is by telling him the truth as many are timidly saying in indoors, that we can squeeze the best out of my adorable Nana Akufo-Addo, the similitude of biblical Moses or David.

His Excellency the President must be bold to reshuffle his government Ministers as the mini reshuffles so far done are to me no reshuffles at all. It is clearly that some of the Ministers, Deputy Ministers and CEOs of certain public sector departments are not performing or may be corrupt. They must be shuffled off to reduce the huge number of the much mocked Ministers of a third world country.

"Familial" governance is not healthy for any nation. If you are running your own company and you fill it with family members, it will not take long for your company to collapse or fold up, especially in Africa with our typical African-mindedness. This is a fact proved beyond reasonable doubt. Can you easily sack any of them as you will to an outsider when they are flouting the company laws without incurring the family’s wrath?

Should anyone tell the President that all is 70% and above well, it is a blatant sweet lie meant to deceive him. He had better listen to the teeming murmuring silent voices that are not happy about certain things, especially, the failure to have collected Alfred Agbesi Woyome’s money and the dillydallying by the Special Prosecutor to prosecute the much spoken about corrupt NDC officials. Was that much touted fight against corruption just a political gimmick? Why are policemen still on our Ghana roads openly collecting bribes from drivers with impunity?

Much is desired to be done to endear yourself once more to the Ghanaian public, Your Excellency the President. What I dread most is to have former President Mahama, the Father of all corruption stage a successful comeback in Election 2020. But nothing is impossible but very likely in Ghana politics where an electorate can sell their vote for GHS50 or a half-piece of cloth or two tins of sardine etc.

A word to the wise is enough. I shall be taking a break from politics to concentrate on fighting for justice for my Kumawuman compatriots. Kumawuman must be liberated from the tentacles of corrupt rulers who think Ghana belongs to them.

How I wish the dismal things I am seeing and hearing about the NPP are just but a dream!

With God, we are victorious!