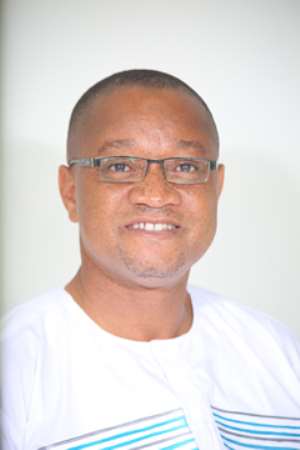 The Chairman of the Parliamentary Committee on Constitutional, Legal and Parliamentary Affairs, Ben Abdalla Banda has assured the Vigilantism and other Offences Bill will be ready before Parliament resumes sitting by the end of May this year.

The Vigilantism and other Offences Bill which is currently before the Committee was brought under a certificate of urgency by the Attorney General in fulfilment of President Akufo-Addo’s 2019 State of the Nation Address promise to initiate a law to bring an end to party sponsored political hooliganism.

This followed public uproar over violent incidents which marred the recent by-election in the Ayawaso West Wogon Constituency in the Greater Accra region following the demise of the then Member of Parliament for the constituency, Boakye Agyarko.

Speaking in an Interview with ModernGhana, the Committee Chairman said everything is now cleared for the Constitutional, Legal and Parliamentary Affairs Committee to give full attention to the Bill since it is obliged to do so before Parliament resumed sitting on May 28, 2019.

“My Committee is obliged to finish work on the Bill before the House resumes sitting by the end of this month. As a Committee we have to prepare a report for the plenary after considering views from the stakeholders and a clause by clause analysis of the entire Bill,” he observed.

Almost all the by-elections under the country’s Fourth Republican constitution has been marred by political violence spearheaded by party sponsored militia groups.

The phenomenon reached its peak at the recent by-election which saw militia groups belonging to the two main political parties (NPP and NDC) in the country, clashed in bloody attacks resulting in harm, fear and panic to electorates during the election process.

However, the bill did not receive the kind of cordiality it ought to have gotten from both sides of the House because a disagreement ensued between the Majority and the Minority side of the House over the right procedures to be adopted for the admission of the Bill.

The Minority was initially apprehensive about the request of government for Parliament to consider the Bill under a certificate of urgency when Parliament had just a day to adjourn for recess. They were of the view that, such an important Bill could not be dealt with within such a short period of time.

But the Majority explained that the request for the urgent consideration of the Bill was only made to ensure that the Bill was presented before Parliament went on recess so that the appropriate Committee could begin work on it during the recess period and not to get the Bill passed in a hurry.