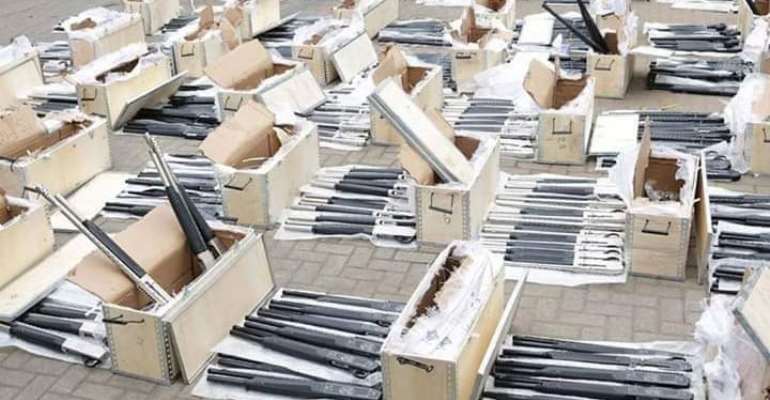 The National Democratic Congress (NDC) appears to be 'shivering' over the Importations of guns into Ghana.

It would be recalled that recently, the Customs Division of the Ghana Revenue Authority at the Tema Port intercepted a forty-feet container loaded with guns imported from the United States of America.

A private company, Yardco Ghana Limited, imported the guns into the country and declared them as hunting guns.

NDC in a statement signed by its Director of Communications, Kakra Essamuah, tasked President Akufo-Addo and his administration to “track the sale and purchase of the weapons in question” and to ensure that they do not end up in the hands of bandits and hoodlums or vigilantes.

It says “although police investigations appear to point to the fact that firearms were imported under the license of the Interior Ministry, the NDC is alarmed by Government decision to authorize such importation with the threat of terrorism on our northern frontier, pervasive vigilantism and unmitigated armed robberies across the length and breadth of our country.”