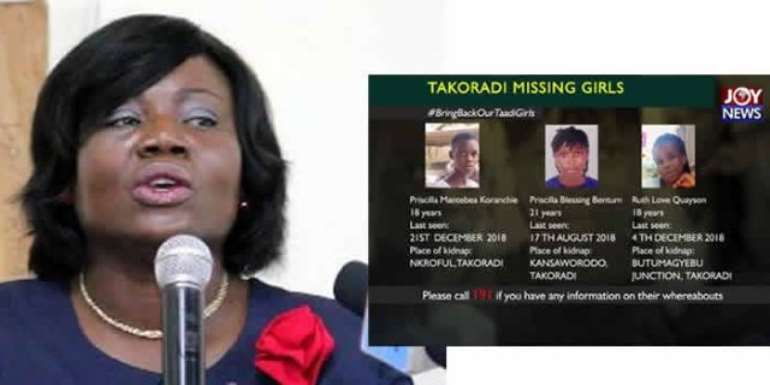 “Because if the intelligence gathering system was adequate, I think they would have discovered the girls long ago. But I think that something got missing and that is…intelligence,” Paul Avuyi told the host of PM Express , Evans Mensah.

Ranking Member on Parliament’s Defense and Interior Committee, James Agalga, also said on the show that COP Addo-Danquah could have saved herself further embarrassment if she had not suggested that she was misconstrued.

“For me, the communication was a problem. But she didn’t even go there at all. She didn’t tell us that her earlier statement, which was subsequently contradicted by she herself, was as a result of intelligence failure.

“In fact, she tried to…question the intelligence of Ghanaians when she tried to say she was misconstrued. But how do you say that to 30 million Ghanaian?” Mr Agalga demanded.