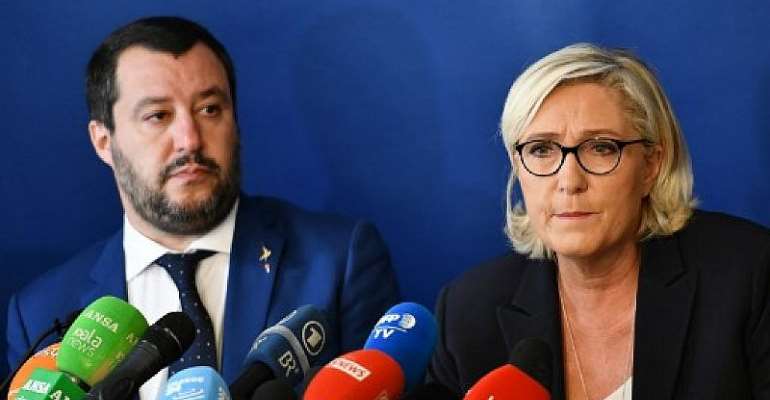 French far-right leader Marine Le Pen has faced tough questioning during a visit to Estonia. At a news conference in the capital Tallinn, Le Pen was asked about allegations that Russia had supported her 2017 presidential campaign.

Le Pen was in Estonia attending a meeting of an alliance of far-right parties preparing for the EU parliamentary elections taking place next week.

The meeting brought together far-right representatives from Italy, Finland and Denmark, along with the leader of the nationalist, anti-immigrant Estonian Conservative People's Party, which has five ministerial posts in the government of Prime Minister Juri Ratas.

According to Marlene Wind, at the center of European Politics in the Danish capital, Copenhagen, the strong performance of the far-right in Finland's elections last weekend has shown the strength of anti-immigrant parties across the bloc, just over a week before the European parliament elections.

The far-right has made gains recently in EU countries ranging from Estonia to Spain, on top of its strong bases in nations like France, Germany and Italy.

National sovereignty and immigration are seen as the driving forces behind the populist vote in Europe.