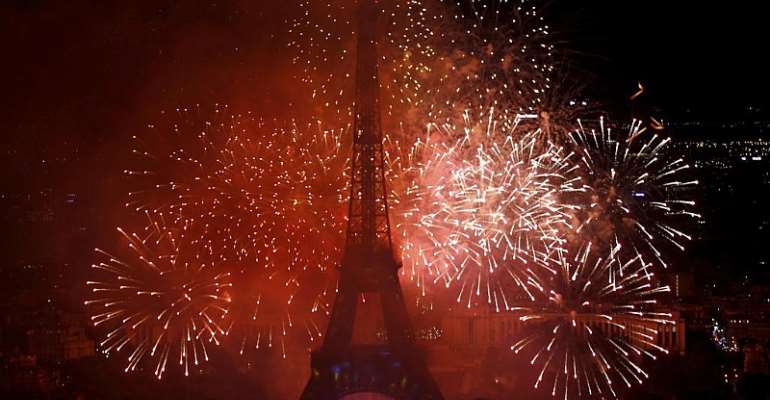 Paris's iconic Eiffel Tower prepared to celebrate the 130th anniversary of its opening on Wednesday by welcoming 1,300 children before hosting a concert and an unprecedented sound and light show.

The famed monument first opened its doors to the public on 15 May 1889.

For the 130th anniversary of the date, the city of Paris and the company that operates the tower were planning a busy day beginning with postcard workshops and children's visits.

The tower has warned visitors about wait times this afternoon as it prepares to welcome 1,300 schoolchildren to its first and second floors.

“A busy period is expected,” the tower announced on its Twitter account. “Choose a visit in the morning or the evening if you did not buy your ticket online.”

A free concert was planned for the evening, followed by a sound and light show launched by Paris Mayor Anne Hidalgo that will run for the next three evenings.

Organisers said the 12-minute show would feature strobe lights and lasers shone from some 500 eco-friendly projectors that crews have been scaling the monument to mount for several weeks.

A year of birthday celebrations

The event is one of several marking 130 years since the tower was completed and opened to the public.

Built over two years, two months and eight days, the tower was completed in late March 1889, and another event also marked the anniversary of that date.

It opened as part of the World Fair in 1889, itself marking the 100th anniversary of the beginning of the French Revolution.

Named after its mastermind, industrialist Gustave Eiffel, the tower was not always so cherished, and it originally brought controversy, complaints and petitions from the likes of famous writers including Emile Zola and Guy de Maupassant.

Built of more than 18,000 pieces of iron, the tower was meant to be temporary, but Eiffel proposed in 1900 for it to be used as a radio antenna and it acquired a strategic and military value, assuring communications between Paris and the Franco-German border.

Today, it attracts up to seven million visitors per year.