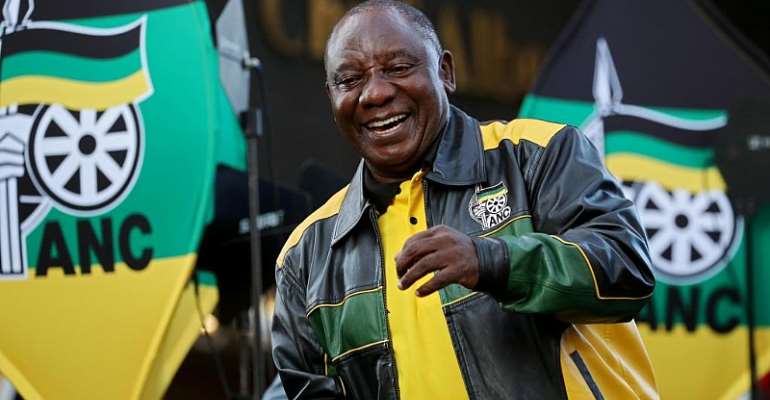 The ANC is currently holding talks to pick its candidates for key positions in the new administration . . . this in the wake of the party's victory in last week's general election.

President Cyril Ramaphosa is under pressure, not just to weed out corrupt officials but also to honour campaign pledges to bring gender parity to government business.

The party's national executive committee launched the process with the selection of premiers to head the 8 provinces won by the ANC, at a special session held at Irene on Monday.

There were only two woman in the premiership list. But the party's leaders agreed to boost their numbers within the movement's structures.

At Monday's NEC meeting members laid down new guidelines for intra-party appointments. A key provision is that, where the premier is a man, at least 60 percent of the executive council or the provincial executive should be women.

Under the new measures, the speakers in all provinces will be women irrespective of whether the premier is male or female.

“The zebra approach of one man one woman is the basis of the reform the ANC wants to introduce in the National Assembly and the Provincial legislatures”, says Qaanitah Hunter, author of an investigative article published by the Johannesburg Sunday Times.

According to the senior Times correspondent, it's a historic problem that has left Jesse Duarte, Deputy Secretary General of the ANC, as the only woman sitting in the party's leadership.

As Qaanitah Hunter argues, "when it comes to appointments it is automatic that it is the men who get those positions”.

She claims that the problem was raised five years ago, when the ANC picked only one woman as premier, out of the 8 provinces it won in the 2014 Elections.

Hence her expressed conviction that the ANC needs to have some mechanism in place to ensure that it has more women in serious positions of power.

Despite the unfolding dynamics of gender parity, theSunday Times senior correspondent sounds warnings by critics that it could give rise to a false sense of women's empowerment. According to Qaanitah Hunter, “such imposed cultures don't necessarily produce the desired outcome when they are put in place”.

'Angel with a cabinet from hell'

Gender parity is not the only criteria defined as the basis for appointments in the ANC's new leadership. Experts say that, while President Ramaphosa goes out hunting for men and women of integrity and experience for his new cabinet, he will also ensure that the unity and stability of ANC structures are not tampered with.

The complexity of the alchemy to be performed inspired a provocative comment from South African maverick Prince Mashele. Speaking on the Johannesburg-based 702 FM Radio he describes Ramaphosa as "an angel told to select cabinet members from hell".