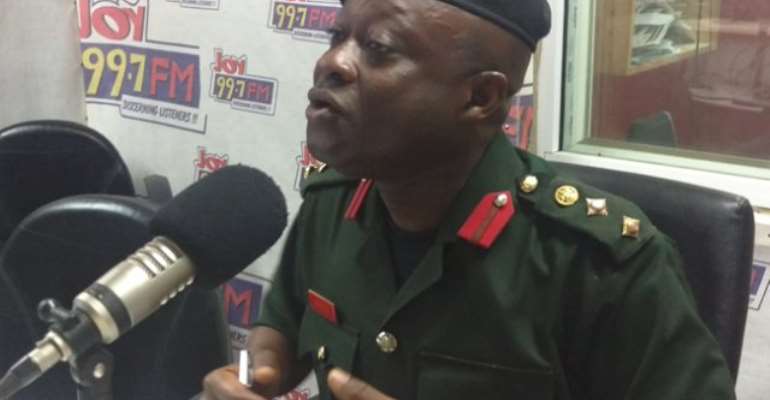 “Those who engage in illegal mining are engaged in it for a livelihood. The terrorists come with brainwashing agenda knowing that their plans are not realistic and feasible. The miners require easy money which this group can afford.”

The vulnerabilities in Ghana’s mining sector are well documented. The Government until recently had banned small-scale mining. There still remain enforced a media and national campaign against the activities of illegal mining. The Inter-Ministerial Taskforce on Illegal Mining formed for this purpose has been busy.

However, illegal mining, also known as galamsey, still persists. It is estimated to have destroyed water bodies, farmlands and forest reserves.

But the miners are fighting back. According to them, the campaign has deprived them of their daily bread. This according to the security watch is what must attract the attention of security stakeholders in addressing the emerging threat.

Brigadier General Emmanuel Kotia is however positive that cabinet’s approval of a counter-terrorist policy framework in 2018 is a step in the right direction.

In addition to that, he wants the police and the other security agencies to deploy preventive counter-terrorism units along the borders of the country to showcase the countries preparedness to deal with the menace.

Even more, he called for the deployment of CCTV cameras fixed at vantage points in the country and effectively monitored.