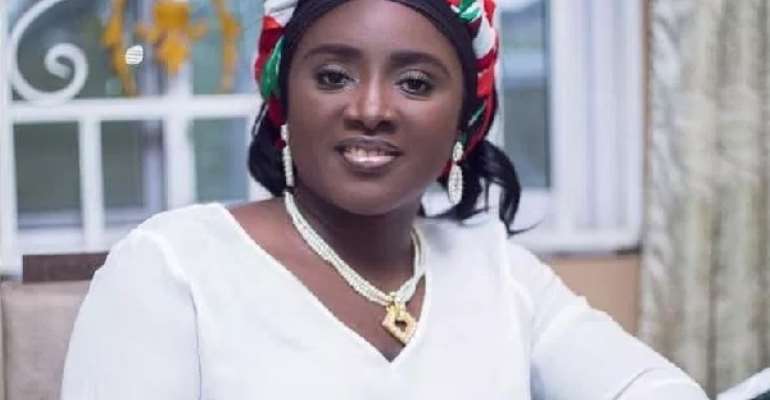 Mothers' Day for the Hannah Bisiw-directed Women's Wing of the National Democratic Congress (NDC) was one to be desecrated and robbed of its importance.

It is one of those days when those not known for being in bed with truth and sincerity should for once display these qualities.

With such a personality leading the charge for winning the hearts of Ghanaian women lost to the NDC back to their fold we can only empathise with the opposition party for making a woefully wrong choice. She has already failed in her bid because apart from lacking what it takes to convince people to vote for a political cause, Ghanaian women have tasted the difference. Such complex venture of convincing voters is not about hurling invective or even lying about medical drones.

Throwing dust into the eyes of Ghanaians as the NDC did in years past is no longer a tenable enterprise in today's Ghana.

Mothers' Day as the NDC Women's Wing marked it was, according to Hannah, used 'to pray for Ghanaian women labouring under an Akufo-Addo government'. Unfortunately, such women who no longer have to fret over paying school  fees for their kids at the SHS level know better the difference between then and now, between lies and truth.

She dared speak about kidnapping in the country. Perhaps Hannah should go and visit COP Maame Tiwaa for a picture of the man suspected to be behind the criminality and the arson recorded so far.

Such an important day on which the role of women is acknowledged by the world should not be the subject of an NDC populist enterprise.

NDC did not show the care it is now promising women when it was in power. Lying to women just to have their votes is a vicious propaganda which should not have been attempted during an important day such as the one under review.

Ghana has opened a new chapter in her political affairs. For those who like Hannah Bisiw think they can continue with the previous narratives they better review their stance lest they fail beyond comparison with what befell them in 2016.

Nobody would use God's name as they did during Women's Day to trade such hypocrisy about a so-called women tribulation when what our mothers went through at the hands of the long spell of NDC bad governance is beyond compare in post-independent Ghana.

The NDC cannot undo the dividends of the free SHS, the many ongoing projects across the country – things which under their tenure were unthinkable.

Prayers? Dr. Hannah Bisiw needs intercession more than Ghanaian women do because she has an uphill task of changing the impression most Ghanaians have about her.