By Rosslyn Hyams in Cannes - RFI 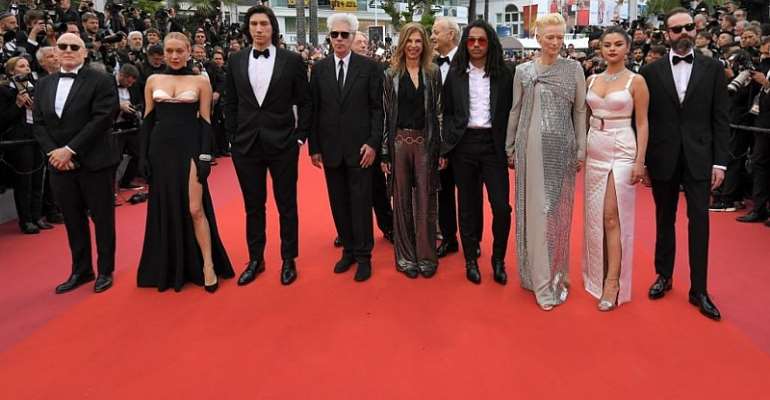 Spanish film star Javier Bardem teamed up with French actress Charlotte Gainsbourg on Tuesday evening to declare the Cannes Film Festival officially open. US director Jim Jarmusch's zombie comedy The Dead Don't Die had the honour of being chosen as the opening film.

Glamorous as ever, the Cannes Film Festival's red-carpeted steps leading to the Festival Palace welcomed the usual celebrity crowd of bow-tied men and ladies in evening gowns.

After the official opening of the festival, the gala audience were treated to the screening of the first film in this year's competition, The Dead Don't Die.

Zombie films have enjoyed tremendous popularity in recent years. With his latest film, Jim Jarmusch decided to give the genre a try after his gentle and richly decorated love-struck vampires in Only Lovers Left Alive (2013) and poetic Paterson (2016).

The Dead Don't Die takes place in a quiet ordinary town where the police and then inhabitants start to realise that something is not right. Night and day get mixed up and animals disappear.

Tom Waits as Hermit Bob who lives in the woods is environmentally friendly. However the earth has been pushed off kilter by fracking in the polar region. Consumerist excess is driving the planet crazy, and as a result the undead are taking over Centreville, and possibly the world.

Bill Murray, the lead actor as Centerville police chief Cliff, a man who respects all the townsfolk except racist farmer Miller (Steve Buscemi), says Jarmusch wrote the script about four years ago. Climate, political and social issues are hard to miss – and often understated or amusingly put.

“Things have really changed especially in America since it was written... When I first read it a couple of years ago they were just straight funny, now they're just filled with import and meaning.”

Jarmusch enjoys the game of digging up popular cultural references, such as filmmaker Samuel L. Fuller, Herman Melville's Moby Dick, Starsky and Hutch, Highlander. The movie is teeming with nods and winks.

Tilda Swinton is as stylish as ever and a magnet of aesthetic composition as the Scottish “strange” immigrant Zelda Winston, a mysterious funeral parlour director who indulges in designing fluorescent face make-up for her charges.

“Jim is a poet and he writes and directs like a musician. So he's always dealing with harmony. That's one of the reasons I think he peoples his films so beautifully. Everyone is a different instrument and particularly in this film I would say,” she said.

Caleb Landry Jones, who was recently seen in Three Billboards Outside of Ebbing Missouri, honed an original character, who meekly and modestly runs a small petrol pump and general store. He and hardware store owner Danny Glover resist by using all their tools to put the undead out of their misery.

Having once won the "Soundtrack" music score award at Cannes for Only Lovers Left Alive, in this film Jarmusch makes a running joke out of Sturgill Simpson's country-music theme song, The Dead Don't Die, promoting it at every possible juncture.

Speaking of sound, radios make a comeback in this film where communications break down. The last to go is the radio. “Oh now the radio has gone dead,” says Ronnie, Adam Driver's character. “Good riddance,” comes Cliff's well-timed reply.