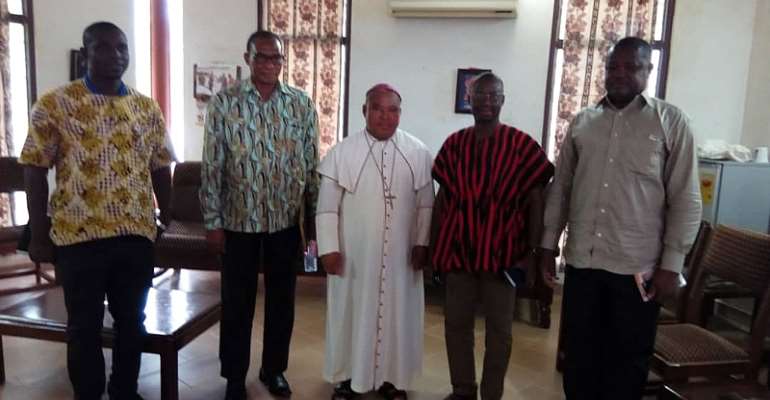 The Bishop of the Diocese of Damongo and Chairman of the Ghana Prisons Council, Most Rev.Peter Paul Angkyier has called for a close stakeholder collaboration to develop the infant Savannah region.

As a new region, he said there was the need to learn from the older regions in mobilizing our potentials for development.

In addressing the regional minister who paid a call to him at the Catholic Secretariat, he reiterated the fact that we all have to look in the same direction to make the region a model.

"If we don't listen to one another, then you will see that we are going to miss a number of opportunities. And since we are beginning,it is good to learn from the older regions to see how we can mobilize together; mobilize our potentials for development. After all, the purpose of the region from my side or the side of everybody is to promote development...I think that,if we all are looking in the same direction, certainly, we will be able to make this region a model and that is my prayer and wish...So, these are just a few reflections I want to make: the peace, the environment, and collaboration of stakeholders. That we are able to listen to one another to push this region forward," he said.

He stated that the purpose of the church is to help government develop the nation, adding that, most of the interventions of the Catholic Church is about human promotion, whether it's health, education inter alia.

The intention of the church in speaking publicly against the administration of some government interventions according to him has never been to sabotage, but to help improve the system; citing the NHIS which happen to be the brainchild of the Catholic Church as an example.

He emphasized the need to bring everybody on board and not to leave some people behind, because we think we now have the region, stating that, " no contribution is little, even if it's the smallest".

He applauded Peace and Development Radio(PAD FM) for the instrumental role it played in the fight against rosewood harvesting and charcoal burning. He said even in the midst of intimidation, the radio station stood up to defend the course of the environment, society, and posterity.

The Savannah Regional Minister, hon. Adam Salifu Braimah said it will be a grave mistake to ignore the church which is more on the ground in terms of development than any other institution. He promised to provoke a social interaction between the church and government; and to rope in the minority tribes who are actually majority in the region for development.

On the environment, he disclosed that he was tasking a nine-member committee to tackle the issue of rosewood harvesting and the unauthorized operation of Chinese companies within the region. And that, all these activities couldn't have been happening at the blindside of our chiefs.

The minister informed the Bishop that,the president of the Republic will be in the Savannah regional capital on Sunday,19th May 2019, and would like to take the opportunity to worship with the Catholic Church.

A local reporter, Mr. Ananpansah B Abraham emphasized on the need for the committee so tasked to work closely with the local media for a collective success in the fight against illegal logging and commercial charcoal burning. 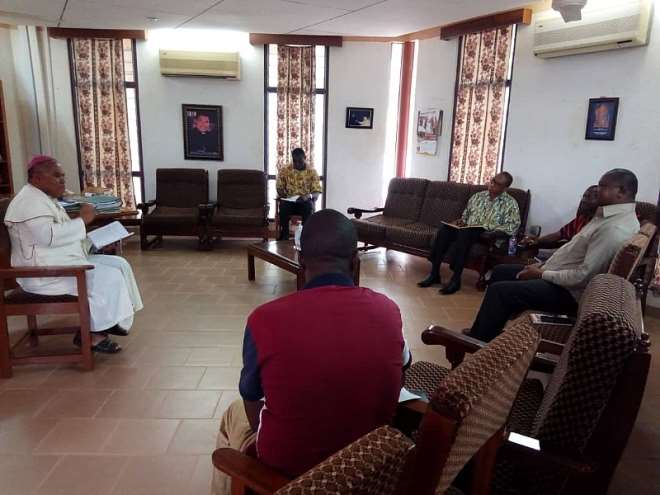 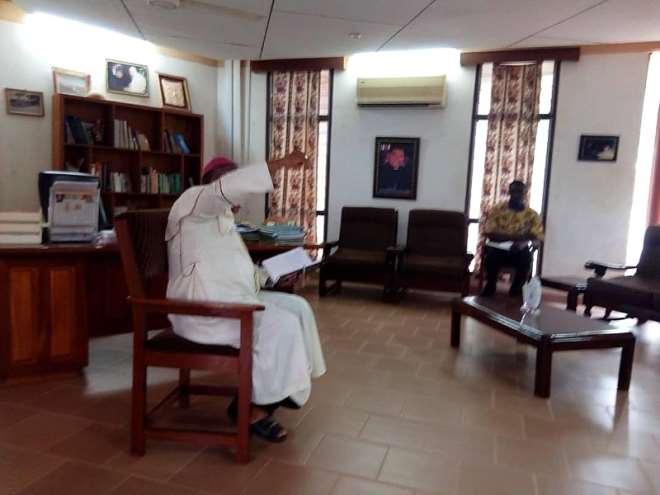