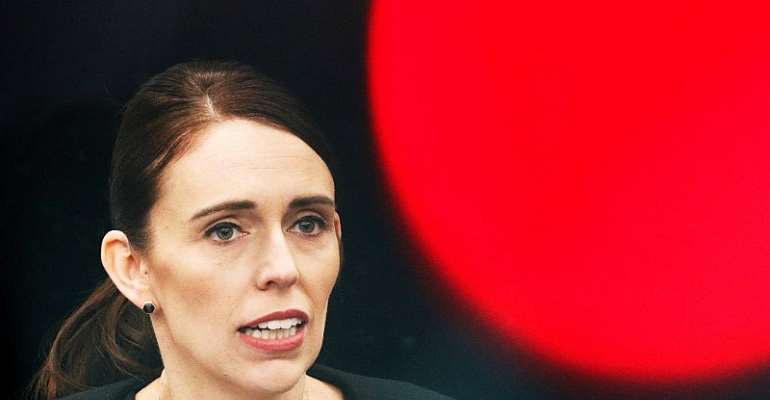 World leaders and tech company heads are in Paris on Wednesday, invited by French President Emmanuel Macron and New Zealand's Prime Minister Jacinda Ardern to launch the 'Christchurch call', an initiative to address extremism online, after a self-described white supremacist live streamed his shooting of 51 people at two mosques in Christchurch in March. Facebook, meanwhile, announced limits on live streaming.

Ardern was the driving force behind the summit, which will include Jordan's King Abdullah II, Canadian Premier Justin Trudeau, British Prime Minister Theresa May and EU Commission chief Jean-Claude Juncker.

Top executives from Amazon, Google, Microsoft and Twitter will attend, though Facebook's Mark Zuckerberg will be represented by the company's vice president for global affairs and communications Nick Clegg, the former British deputy premier, after Zuckerberg's meeting with Macron in Paris last week.

Participants will be asked to pledge to eliminate terrorist and violent extremist content on social media and other online platforms.

"[We're] asking both nations and private corporations to make changes to prevent the posting of terrorist content online, to ensure its efficient and fast removal and to prevent the use of live streaming as a tool for broadcasting terrorist attacks," Ardern wrote in an opinion piece in the New York Times this weekend.

She said the reach of the massacre's streamed video “was staggering”. Ardern said Facebook removed 1.5 million copies of the video within 24 hours of the attack, but she and others still had to see it auto-played on their social media feeds.

"Macron was one of the first leaders to call the prime minister after the attack, and he has long made removing hateful online content a priority," New Zealand's ambassador to France, Jane Coombs, told journalists on Monday.

Macron wants France to take a leading role on tech regulation, to strike a balance between what he sees as the United States' laissez-faire approach, and China's iron grip on the Internet.

"Following the horrific recent terrorist attacks in New Zealand, we've been reviewing what more we can do to limit our services from being used to cause harm or spread hate," the company's vice president of integrity, Guy Rosen, said in a statement.

People who have broken certain rules, including those against "dangerous organisations and individuals," will be restricted from using the Facebook Live feature, he said. A "one-strike" policy will be applied to a range of offenses, including links to statements from terrorist groups with no context.

Technical innovation is needed to address the “media manipulation" that occurred after the Christchurch massacre, with users modifying videos in order to slip past filters.