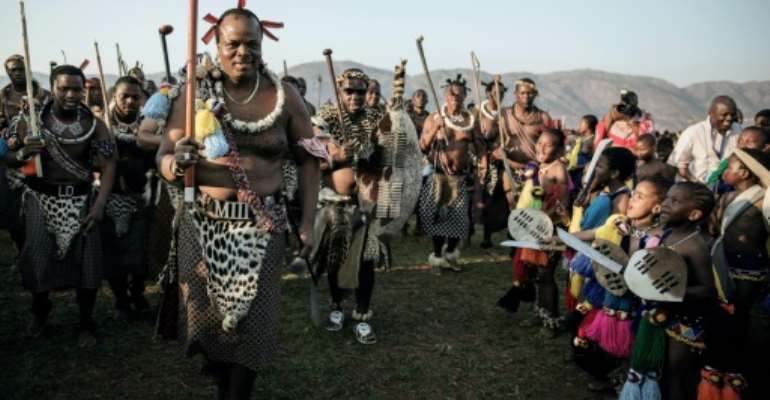 King Mswati III has 14 wives and more than 25 children. By GIANLUIGI GUERCIA (AFP/File)

The government of eSwatini on Tuesday angrily denied viral online reports that King Mswati III, Africa's last absolute monarch who has 14 wives, had ordered men to have at least two marriages or face jail.

The story, carried by the Zambian Observer and picked up by several other online publications, said that Swazi men would have to marry several wives starting from June.

As well as 14 wives, King Mswati has more than 25 children and a reputation for lavish spending while 63 percent of his 1.3 million subjects in the kingdom formerly known as Swaziland live in poverty.

The story, first published on Monday, said the government would sponsor marriage ceremonies and offer houses to men who entered into polygamous marriages. 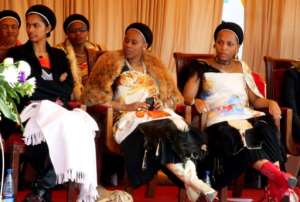 Three of King Mswati III's wives look at their husband as he delivers a speech calling on men to get circumcised. By Jinty Jackson (AFP/File)

It said the king "has declared in... Swaziland that men will from June 2019 be required to marry at least two or more wives or be jailed if they fail to do so".

"His Majesty has not made any pronouncement to that effect as it has never been an issue raised," by the people, Simelane said.

He said the story was "not only an insult to the monarchy and the culture of eSwatini but a disgrace to journalism".

The government has demanded that the newspaper retract its story.