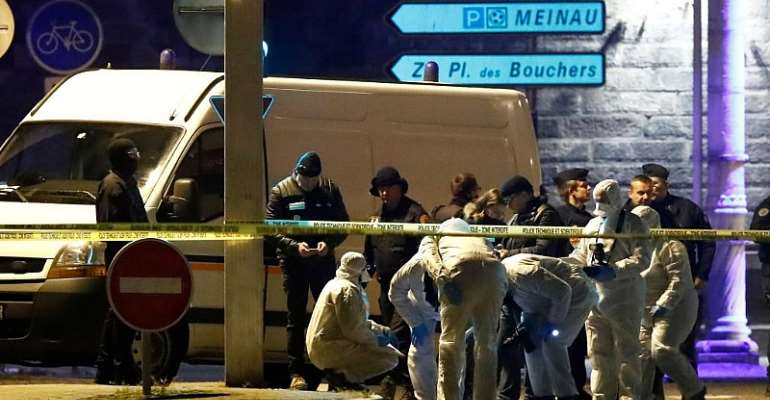 Five people were arrested by police in the eastern French city of Strasbourg on Tuesday as part of the investigation into the origin of weapons found at the residence of the gunman who attacked at Strasbourg Christmas market in December 2018.

The three men and two women between the ages of 23 and 46 were arrested as part of a broad investigation into the origins of guns, ammunition, and a grenade found at the home of Cherif Chekatt, the 29 year-old behind the terror attack on 11 December in which five people were killed.

The daily Parisien-Aujourd'hui en France newspaper reported that one of the five suspects had been in prison at the time of the arrest.

Chekatt, who was on the "S" list of people under police surveillance and had sworn alliegance to the Islamic State armed group had reportedly used a Lebel 1 892 8 mm calibre revolver in the attack in which 11 people were wounded.

He is believed to have used his connections to criminals to get his hands on the weapon used by the French army during the First World War. Four people have already been indicted in the affair.

The morning before he opened fire on the famous Strasbourg Christmas market, police raided his home and found a stash of weapons which included a defensive grenade, a revolver, a rifle, ammunition and four knives.

Chekatt was shot dead by police after a two-day manhunt.

On Monday 15 April, one of Chekatt's brothers was stopped at Roissy Charles de Gaulle airport under a search warrant.