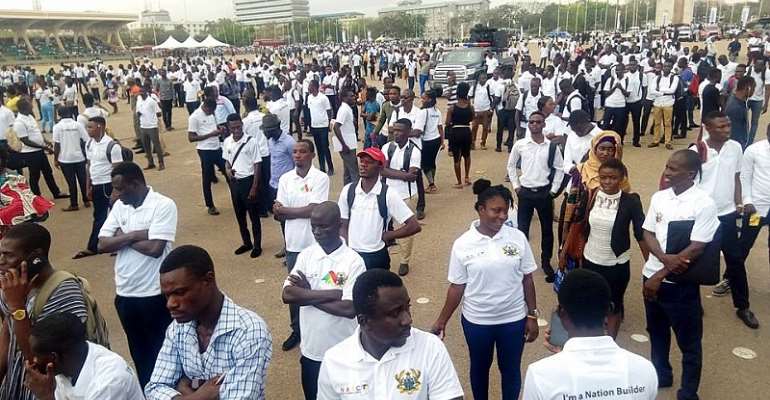 The Voiceless Media sources at the MTN Ghana Headquarters in Accra has revealed that its loans are granted without recourse to where applicants work but with emphasis on applicants meeting the loan requirements and also agreeing the terms and conditions associated with requesting for loans from their outfit via Mobile Money.

The source also stated emphatically that MTN Ghana has no evidence that its Mobile Money loan defaulters were beneficiaries or trainees of NABCO.

It explained that loans are given ranging from Ghc50.00 to Ghc5,000 depending on the credit worthiness of an applicant.

For an applicant to qualify for Ghc500 from the Mobile Money loans, he/she would have been enjoying loans and paying same for a minimum of two years and above.

From the above clarification from MTN sources, we can conclude that a publication in the media that said some NABCO Trainees were collapsing the MTN Mobile Money services through loan defaults can at best be described as yet another convenient fabrication and an outright lie meant at giving NABCO a bad image by enemies of the scheme who are confused about the success NABCO was chalking.

According to *The Voiceless Media* sources, Airtel/Tigo and Vodafone Ghana operate loan facilities for its Mobile phone users and wonders why it was only MTN Mobile Money that the "Ghost" NABCO defaulters enrolled on and allegedly defaulted.

The *Voiceless Media* checks with some NABCO Trainees in the Northern, Greater Accra and the Ashanti regions revealed that, trainees use different telecommunications networks.

The Trainees have therefore called on the general public to disregard the fake story meant to make a mockery of NABCO Trainees and give them bad names in the face of potential employers.

It would be recalled that over the past months, enemies of the NABCO Scheme have been circulating fake news in the media aimed at discrediting a scheme that was doing its utmost best to get temporary jobs for the many unemployed graduates from our tertiary institutions in the country.

The schemes and machinations of the Saboteurs get exposed each time they strike but checks by *The Voiceless Media* has revealed that they have no intention of giving up anytime soon.

The recent fake story of NABCO Trainees collapsing the MTN Mobile Money is one such grand fakery schemes among a long list of fake schemes to hit the general public which would include threats to embark on demonstrations over issues which can be addressed internally.