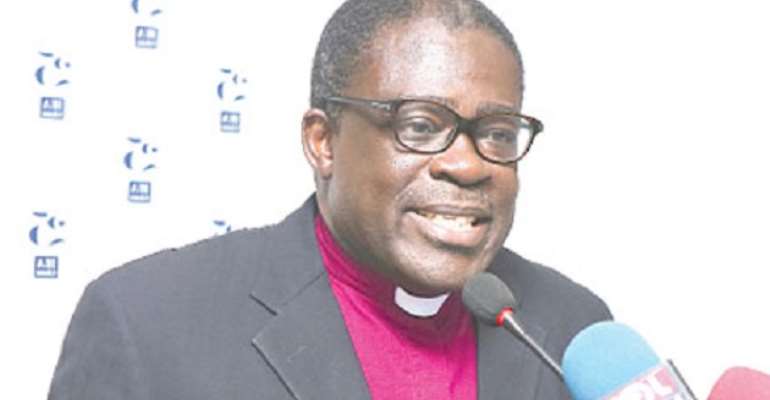 Former General Secretary of the Ghana Christian Council, Dr. Kwabena Opuni Frimpong has called on the police hierarchy to apologise for the CID Boss's claims that she was misunderstood on her infamous comment on the Takoradi kidnapped girls.

The Director General of the Criminal Investigation Department (CID) of the Ghana Police Service, (COP) Maame Tiwa Addo-Danquah raised the hopes of Ghanaians and the families of three kidnapped Takoradi girls when she announced at a press conference that, “We know where the girls are."

However, after piles of pressure on her and the Ghana Police Service to produce the girls, the CID Boss told an Accra based Atinka TV that she was misunderstood when she made that the announcement.

According to her, she had only sought to give hope to the anxious families of the girls and to assure them that the Police was working hard to find the girls.

Waging into the issue on the AM Show on Joy News TV, the Former Scribe of the Christian Council, Dr. Opuni faulted the CID Boss for her response on the issue and asked for an apology from the IGP.

“You must know that people are hurt. So it is not as simple as; oh! You didn’t understand me. ‘As I speak to you now, we know where the girls are’. That is English language. It is not Greek. Coming back to say you didn’t understand me, by now either the IGP or somebody should have given an apology to some Ghanaians. That sorry, we didn’t mean this,” he said.

According to Dr. Opuni, if the CID Boss had wanted to give hope as she has claimed, that hope should be sustainable.

“Whatever hope somebody wants to give to us must be sustained. It should not be that, ‘we are up and down, we known them, we are sorry’ and that kind of thing shouldn’t be…Our leaders must be more serious with us,” he further charged.