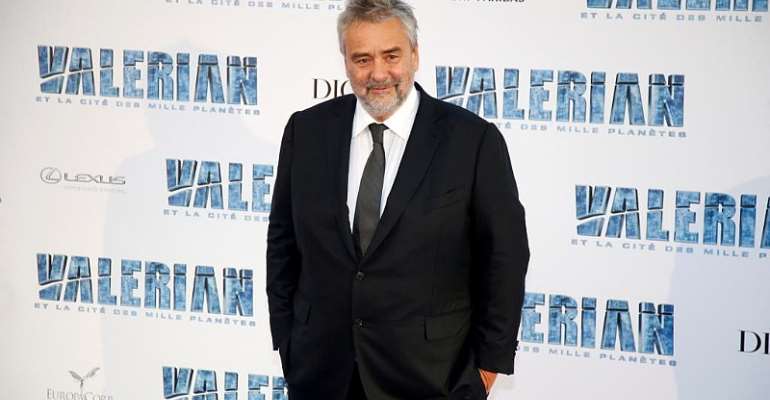 French filmmaker Luc Besson's production studio has secured court approval for a six-month suspension of its debt payments as it faces a fourth straight year of losses.

Europacorp has warned it will end its current financial year "significantly in deficit", after racking up an 89-million-euro loss in the first half of the period.

Trading of Europacorp shares was to resume Tuesday after the company halted trading last week as it sought approval for the deal from a court north of Paris, where the studio is based.

The studio sought a so-called "safeguard procedure" last week in order to "negotiate the terms for restoring its financial health," it said in a statement Tuesday.

Creditors have granted the company a waiver on payments required to pay back debt which stood at 222 million euros (250 million dollars) as of September 30.

The studio was hit in particular by the huge production costs of "Valerian and the City of a Thousand Planets" which was a box-office flop in 2017.

This despite an injection of 60 millions euros in 2016 by China's Fundamental Films which became its second-largest shareholder.

Besson, whose titles include the suave thrillers "Nikita" and "Leon: The Professional", created the studio in 1999 and made profits from producing hits like "The Transporter" and "Taken".

He made international headlines in 1988 by presenting "Le Grand Bleu" (The Big Blue) at Cannes, which was panned by critics but went on to be a commercial hit.

Europacorp's latest film, the crime thriller "Anna", is set to open this summer.

Its release was reportedly delayed for several months as Besson faced several accusations of sexual assault and harassment from young actresses, including former students at his Paris film school.

He has denied the claims.