...And Calls On Local Contractors To Adhere To Best Practices
By James Appiakorang Jnr., Kumasi 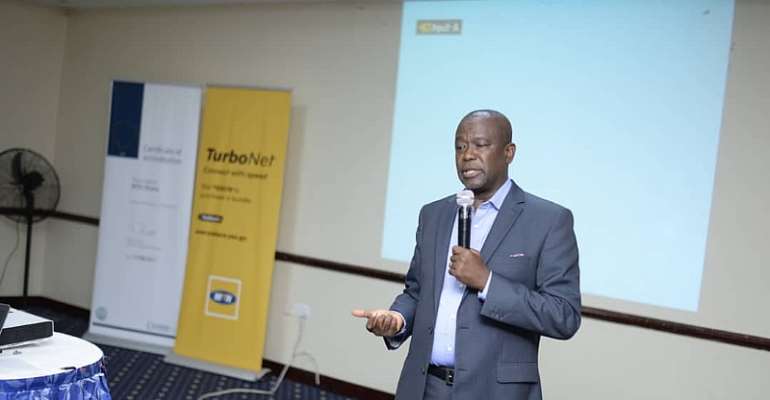 The launch which coincided with their annual editors’ forum brought together several news heads from various media houses across the Ashanti region.

Not only that, but has been affecting several other sectors of the Ghanaian society.

According to him, per the standard practice, every contractor needs to consult telecoms companies, Ghana Water and Sewage and Power Distribution Service (PDA) before beginning their road construction.

“If you ask us and we have any cables in those areas of the road, we will just remove and relocate them so that you don’t cut them”. He explained.

Mr. Koranteng said foreign contractors would meet with organizations whom they think have fiber, cables or any materials in the earth and schedule a relocation time before they start working on the road, adding that ‘this is the standard practice’.

He therefore called on the media and the general public to stem the trend which he described as worrying since it impacts efficient service delivery and economic gains.

“We need to speak to our local road and drain contractors to desist from such acts and adhere to the standard practice to avoid the rampant fiber cuts”. He stated.

Mr. Koranteng said, there were over 100 fibre cuts between the latter part of 2018 and early 2019 alone with 49 per cent due to drain construction, 37 per cent caused by private developers; seven per cent were caused by the Utility service providers, and another seven per cent by mining companies.

MTN meets news editors of the various regions in Ghana at their respective regional capitals and briefs them about the organization’s performance and challenges in the previous years.

The forum which has been held for several years has enhanced a cordial relationship with the leaders of the fourth estate of the realm.

MTN also through Ashantifest celebrates its customers in the region. Several educational and health facilities have been painted by staff of the network and donations worth millions of cedis made so far.