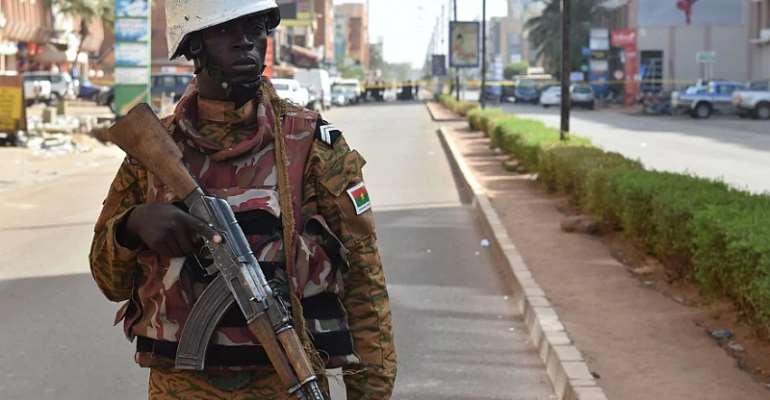 Gunmen killed four Catholics in a religious procession in north Burkina Faso a day after a priest and five parishioners were murdered at mass, church officials said Tuesday.

The parade with a statue of the Virgin Mary was moving through the town of Ouahigouya on Monday when "a group of terrorists intercepted the procession, killing four worshippers and burning the statue," said a spokesman for the Ouagadougou Cathedral.

According to the Burkina Faso news agency AIB, the assailants stopped the procession. "They let the minors go, executed four adults, and destroyed the statue," it quoted a local person as saying.

Paul Ouedraogo, president of the Episcopal Conference of Burkina Faso and Niger, told a meeting of bishops in the capital Ouagadougou the attack had claimed four lives.

The killings came a day after a group of 20-30 armed men, according to witnesses, burst into the Catholic church in Dablo, also in the Nord Region of Burkina Faso, shooting dead five parishioners and their priest.

The attackers set fire to the church, several shops and a small cafe before heading to the health centre, which they looted, burning the chief nurse's vehicle.

Two weeks ago, there was a similar attack against a Protestant church in Silgadji, also in the north, when gunmen on motorbikes killed a pastor and five worshippers.

Burkina has suffered from increasingly frequent and deadly attacks attributed to a number of jihadist groups, including the Ansarul Islam group, the Group to Support Islam and Muslims (GSIM) and Islamic State in the Greater Sahara.

Jihadist groups target Christian clerics as well as Muslim ones they do not consider sufficiently radical.

Last month, jihadists attacked a village school in Maitaougou, in the eastern province of Koulpelogo, killing five teachers and a municipal worker.