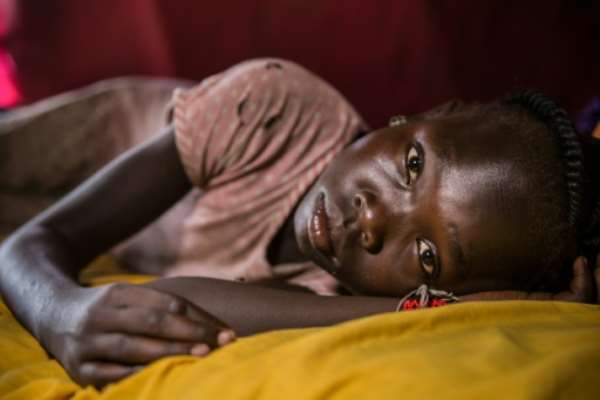 On my way to work whiles in a ‘trotro’ (commercial vehicle), as per my usual night shift from Spintex to Accra, it was a terrible sight of experience as people demonstrated their various degrees of belief models towards a person with an attack. After some few minutes of our journey whiles in the car, almost all the passengers in the vehicle started screaming “in the name of Jesus”, pouring anointing oil and all other forms of water and concoctions on this man in the vehicle. From the back where I sat, I could hardly see what was wrong till I realized this gentleman who was seated right behind the driver was foaming from the mouth. That clicked my mind the gentleman was having a convulsion which could mean he might be a known epileptic patient. The driver quickly stopped by the roadside, and removed one of the seats from the car before this man could be brought out to a safe environment outside the car. the man was then put on the seat ejected from the car. As I was also alighting from the car, I noticed the patient started another episode of attack but this time on the car seat. The head was then protected with a lady’s bag and his shirts unbuttoned for fresh air. Upon several attempts to resist the other passengers from to pouring anything on him, my voice and strength as well as that of another lady in the car were far from their reach. They placed wrist bands customized with the pictures of some popular pastors on his wrist, others were still pouring water and anointing oil on him whiles someone also inserted a handkerchief in his mouth. This attack lasted for about thirty seconds. After some minutes when the guy regained consciousness, he was in a state of confusion and disoriented. He was then assisted by other gentlemen to remain calm and seated in the seat, till he finally became fully aware of himself. Then his belongings given back to him before we continued with our journey.

W.H.O defines Mental health as a state of well-being in which every individual realizes his or her own potential, can cope with the normal stresses of life, can work productively and fruitfully, and is able to contribute to her or his community. W.H.O also defines Health as a state of complete physical, mental and social well-being and not merely the absence of disease or infirmity. Mental illnesses are associated with the inability to perform a physical, social or psychological function due to stressors. Mental illness is treatable. Many people with mental illness continue to function in their daily lives upon treatment. Mental illnesses are collectively referred to all diagnosable mental disorders of which EPILEPSY is one of them. Mental health is key to relationships, personal and emotional well-being and contributing to community or society. Mental illness is not a shame at all but then many people who have it do not want to talk about it due to the high rate of stigmatization. Mental illness is just like any medical condition like diabetes, hence is treatable and can be managed successfully in psychiatric hospitals namely Accra, Pantang and Ankaful Psychiatric hospitals in Ghana.

What is Epilepsy?
Epilepsy is a mental disorder which is not a curse or contagious. The word “epilepsy” comes from Greek meaning ‘to be taken, seized or attacked’. Epilepsy is a recurrent, abnormal and excessive electrical discharge within the brain with periods of normal electrical discharges in-between episodes. This episode induces the physical erratic movement of the skeletal muscle referred to as fit or seizures. An individual is said to suffer from epilepsy if he or she has had at least two distinct episodes of an epileptic attack, which fits the characteristic features of the disorder in a period of 2 years and has an evidence of an abnormal electrical activity on electro encephalocardiogram. It is also known as seizure disorder. A seizure is as a result of excessive nerve-cell discharges in the brain. It seen as a sudden abnormal function of the body, often with loss of consciousness, an excess of muscular activity, or sometimes a loss of it, or an abnormal sensation. Epilepsy is a chronic noncommunicable disease of the brain that affects people of all ages. According to Technical guidelines for Integrated Disease Surveillance and Response (IDSR) in African Region, epilepsy is defined as the recurrence of, at least, two epileptic seizures with sudden occurrence of abnormal signs which could be: motor, tonic, sensitive, sensorial, neuro vegetative, or psycho-behavioral. These symptoms could or could not be associated to a loss of conscience. It can appear at any age. Epilepsy is the most common result of brain cells disturbance that lead to excessive nerve-cell discharges. According to the disturbance on some or many groups of cells, seizures could be partial or generalized. Seizure with tonic-clonic muscle movements are named convulsion or fit or attack. Convulsion can appear at any age; all convulsions are not systematically epilepsy. Death and injury occur primarily due to status epilepticus especially in the case of abrupt medication withdrawal, burns and drowning. Surveillance goal is early detection and immediate intervention to prevent morbidity and mortality rates associated with epilepsy.

How does epilepsy affect mental health?
It is believed that up to 30% of patients with epilepsy have some form of a psychiatric condition. Psychiatric manifestations of epileptic seizures with people with epilepsy have higher rates of autism, attention deficit hyperactivity disorder (ADHD) symptoms, or depression than people without epilepsy. At the same time, people with ADHD, autism, or depression also seem to have a higher risk for epileptic seizures. Epilepsy seems to be linked with many mental health issues. The reason behind why these conditions are closely linked aren’t fully understood yet. It seems there are similar changes in brain functioning among these conditions. It’s also possible that the electrical disruptions from epilepsy can affect certain areas of the brain and cause behaviors common to ADHD, depression, and autism. Therefore, the individual may have problems of inattention, anxiety, or mood disorders. Hence these issues must be identified and addressed early with appropriate forms of intervention to reduce the consequences they might impose on the individual's long-term quality of life.

Types of epilepsy
Generalized seizures without focal onset
1.Grand Mal Epilepsy or Tonic-Clonic convulsions is referred to as a major or tonic -clonic seizure. The seizure may develop with or without warning.

2.Petit Mal or Absence Attack or Lapse Attack is a recurrent brief attack of loss of consciousness lasting from 5-30 seconds without a warning sign. The seizures occur most frequently in children between the ages of 10-18 years.

3.Focal Epilepsy-Jacksonian or Frontal lobe is a type of focal epilepsy which focuses on the motor cortex of the brain. It was named after Hughlings Jacksonian who was the first person to describe it.

4.Status Epilepticus is a complication or serious form of grand mal attack in which seizures occur in rapid succession so that consciousness between the episodes does not occur and the individual remains in coma.

Causes of epilepsy
There are three main causes of epilepsy.
1.Primary-idopathic or unknown
2.Secondary or symptomatic causes which are either intracranial (local) or extra cranial.

3.Undetermined causes-seizures associated with teething and febrile illness in childhood.

There are also factors that precipitate in epilepsy and these are fatigue, excitement, boredom

Signs and symptoms
Seizures vary and depend on where in the brain the disturbance first occur and how far it spread. Temporary symptoms occur such as loss of awareness or consciousness, and disturbances of movement, mood, sensation including vision, hearing and taste. Individuals with seizures tend to have more physical problems such as fractures and bruising from injuries related to seizures, as well as higher rates of psychological conditions, including anxiety and depression. There can be premature death in people with epilepsy. A great proportion of the causes of death related to epilepsy especially in low- and middle-income countries are potentially preventable, such as falls, drowning, burns and prolonged seizures

Effects of epilepsy in everyday life.
People with epilepsy also can experience feelings of social isolation because they lack control over their body and brain, and worry about what others will think of their seizures. Epilepsy can have negative impacts on daily life, such that there is social prejudice, stigma, rejection, limited ability to explore personal potential fully, low self-esteem, confidence and worth. Epilepsy is different from person to person, and its impact will depend on the type of epilepsy and the unique lifestyle of each person. Individuals with epilepsy must learn about their type of epilepsy so that they can make informed decisions about their lifestyle.

Measures to reduce the incidence of epilepsy

Idiopathic epilepsy is not preventable. However, preventive measures can be applied to the known causes of secondary epilepsy.

HELPING PEOPLE IN THE ACT OF ATTACK
Well, the best thing anyone can do to help someone having an epileptic attack is to remove any danger from the person's environment which includes fire, metals, concrete gutters, sharp objects like knife/ cutlass. Also, people should not put or attempt to put anything in the mouth of the individual during an attack. Do not restrict the person during the period but rather guard him or her from any injury. The main aim of health promotion on epilepsy is to reduce stigma. This involves the nation as a whole.

CONCLUSION
To zip down the on the issue of epilepsy is therefore an issue of each and everyone’s concern. We must encourage family and friends who suffer this traumatic condition to continue with their medications form the hospitals. They should not be left at the mercies of people who will only complicate treatment by assuring them of spiritual treatments only. They need medical care at all times even if the belief is spiritual.

The entire society must note that the era of putting things in the mouth of one in the attack episode, pouring water and other concoctions on the individual is no more. Epilepsy is never contagious. It is treatable and at the worse stage manageable if not attended to on time or at the stage of onset. The secret of epileptic patients refusing to continue treatments sometimes falls on the hands of the family who makes them feel sliced off the issues the family. Family members must encourage these people to take their medications as prescribed and also involve them in active decision making in the family. They should show love and maximum care to these people. Nursing as a profession makes an impact even in the lives of the terminally ill patient by nursing them to a peaceful death. This suggests that each and every individual deserves better even before the person dies. The emotions we attach to the dead must be far below that of the living. People with epilepsy are not cursed but rather it is what they never wished far that has befallen them.

Hottest Photo Reports
Catch up with all the political quotes from our politicians.
Advertise here
More Academic Article
ModernGhana Links
Faculty Of Pharmacy And Pharmaceutical Sciences, Knust Physic Garden Digitized
Gov’t Launches e-Ananse Libraries
Diabetes And Pregnancy - “The Sweet Scare”
Primary Health Care: Problems It Faces
The Use Of Modern Contraceptives
Poor Sanitation Needs To Be Cared For In Ghana!!
Challenges Of The National Health Insurance Scheme, NHIS
VAGINISMUS: The one common sexual health problem women are silent on
Using Epidemiology To Evaluate Health Services In Our Nation
TOP STORIES

Your MMDCE list plagued by inequalities entrenched in the du...
53 minutes ago