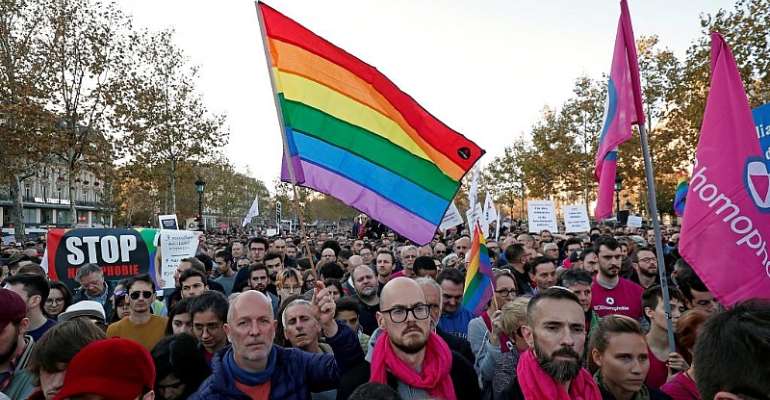 Physical attacks against LGBT people in France reached an unprecedented level in 2018, according to an annual report published by monitor SOS Homophobie on Tuesday.

The group said it logged a record 231 cases of assault in 2018, a 66-percent rise over the previous year.

The previous record of 188 cases was recorded in 2013, during a long and often virulent campaign that led to France legalising the right of same-sex couples to marry and adopt children.

The new record “shows we are dealing with homophobia and transphobia that are becoming more and more violent”, said SOS Homophobie co-president Joël Deumier in the report.

Widening the scope beyond physical violence to include harassment and other forms of discrimination, the group recorded 1,905 cases in 2018, up by 15 percent from 2017 (1,650 cases).

The group says that makes 2018 the third consecutive year of a rise in reported incidents.

The group also indicated the reported incidents show people are speaking publically about anti-LGBT acts, and last October saw some 3,000 people join a rally in Paris to protest homophobic attacks in the capital.

“Victims feel more and more safe and legitimate to be heard in the public debate,” said Deumier.

Reports from lesbians rose by 42 percent, with 365 reports, the group said, noting the figure signified on average one attack per day.

“Now, they speak out more often. That is consistent with a wave of dissent, following feminist movements such as #Metoo and #Balancetonporc,” she said, referring to a French movement that translates roughly as “rat on your pig”.

However, the group warned lesbians remain constrained when it comes to manifesting their sexuality in public.

“Holding hands in the street can still be dangerous for lesbians, who would like it not to be an act of protest but a natural gesture,” said Godet.

Secretary of State for Equality Marlène Schiappa presented a plan for combatting violence against LGBT people in late November.

However, SOS Homophobie observed that only two of the ten measures announced have been put into place: a memo from the Ministry of Justice to state officials around the country and an awareness campaign in schools.

The group says it wants to see a report detailing the number of police and other security officials, magistrates and teachers have been trained to deal with anti-LGBT violence.

In the coming months, the French government plans to discuss proposals that would oblige web platforms such as Facebook and Twitter to remove any hateful content within 24 hours.

As with every year since 2010, the Internet makes for the largest share of sites of anti-LGBT acts, with 23 percent of cases last year.