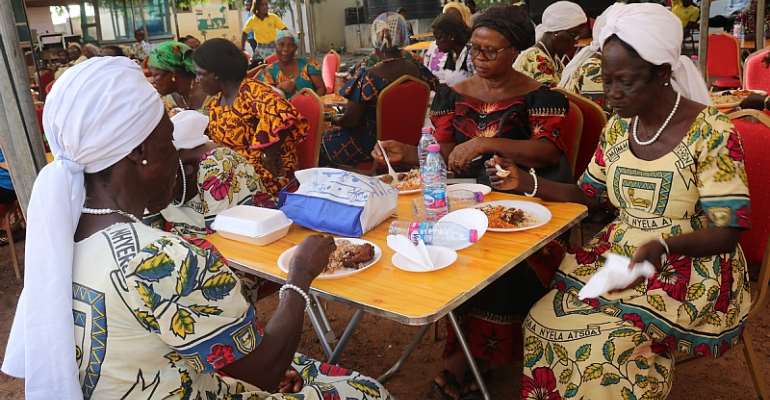 Over 700 Women Fete On Mother’s Day

If you ever need a helping hand, you’ll find one at the end of your arm. As you grow older, you will discover that you have two hands: one for helping yourself, the other for helping others.

In this light, Celebrated Kumawood actress, Christiana Awuni, partnered one of Ghana’s leading companies, Orkman Ghana limited to fete mothers to commemorate this year’s mother’s day on Sunday, May 12.

The talented actress, Christiana Awuni, a mother of two girls, is said to be divorced for over 10 years after her first marriage.

Her movie career started with the then popular local television series Cantata, and has since been featured in over 80 movies and still counting. Some of her movies include Sika Nti, Dufie, Maso Aware, “Ware Me” and “Metim Nea Metim”.

The ceremony, which was part of her efforts to give back to society, was held at the St. Francis Of Assisi Parish at Ashaley Botwe in Accra from 12pm to 6pm .

The event which was mediated by Appiah Kubi Kasapa of Accra-based Hot 93.9FM,attracted over 700 women, mainly widows, who were treated to a variety of foods, presented with cloths, money (GHC1000 each) and many other activities which include health screening.

Some personalities who also graced the occasion, are the chief of Ashaley Botwe, (Nii Afutu Kotey Gbomosane II) Queen mother,(Naa Momo Seeyoomo III) and the CEO of Orkman Ghana Limited Mr. Christian Orkumanyi among others.

Addressing the women, the celebrated actress Christian Awuni,after thanking Orkman Ghana Limited for partnering her to honour the mothers ,advised the women to be responsible by taking care of their children in order for them to also take care of them when they grow old.

“I thank Orkman limited for sponsoring such a wonderful occasion…they’ve done so well…but not every woman is called a woman…a woman is the one who takes care of her home… the child didn’t force you to give birth to him/her so it’s your responsibility as a mother to take care of them so that when they grow they will become responsible and take care of you too”.She stated

She Continued,” There are many women who because they have differences with their husbands, extend their anger onto their children which is very bad…Some women will look into the faces of their children and rain insults on them by saying they look ugly like their dad but meanwhile you sleep on the same bed with the father. As we celebrate mother’s day, those irresponsible mothers must put a stop to that”.

She was also appreciative to the media houses who supported to make the event successful. The CEO of Orkman Ghana Limited, producers of Anna Rice ,Anna Cooking Oil and electrical appliances; Mr. Christian Orkumanyi, indicated that;

”This is not the first time we have sponsored such a program…last year we fed over 500 widows and we promise to make it bigger every year”. 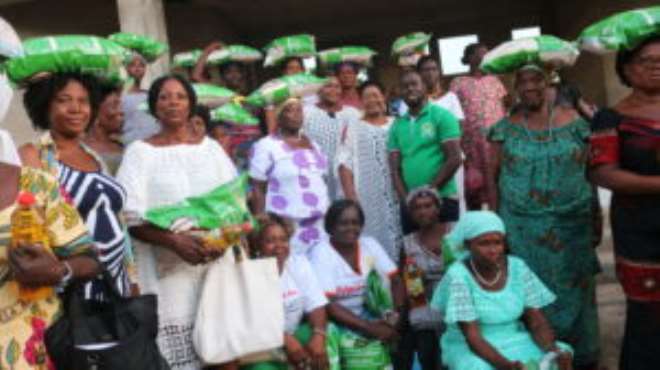 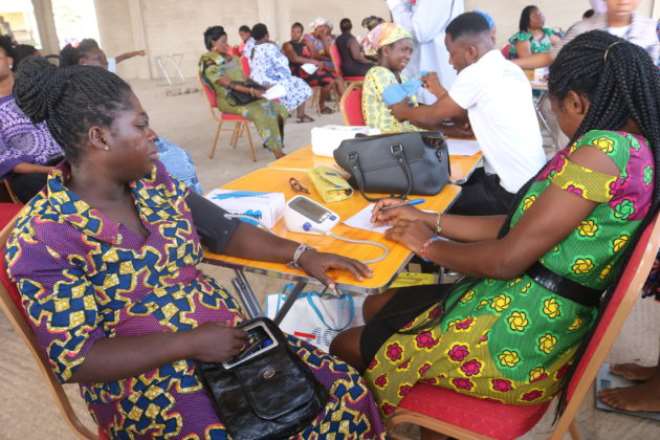 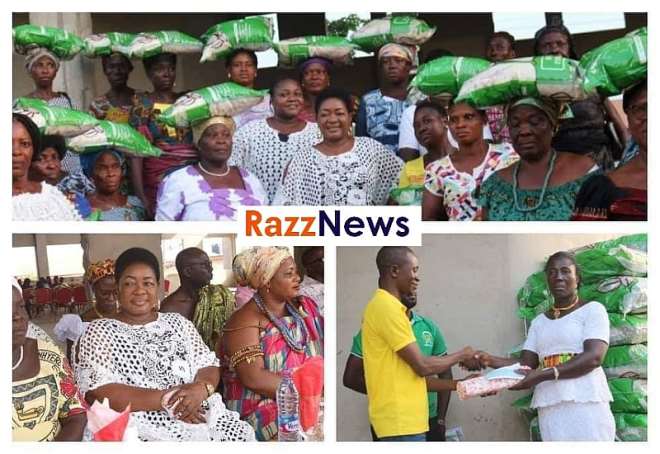 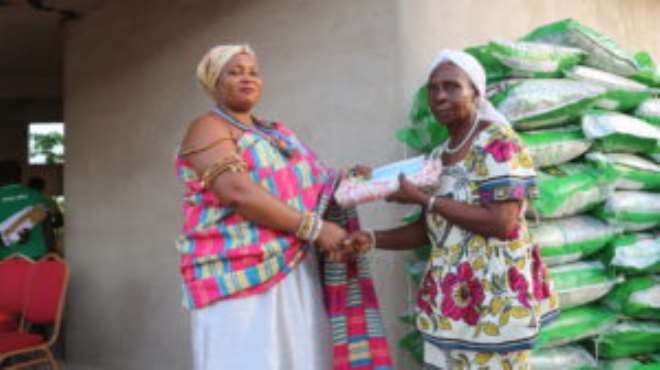 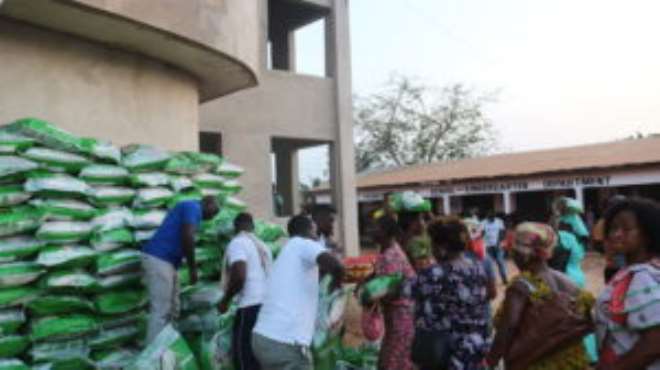 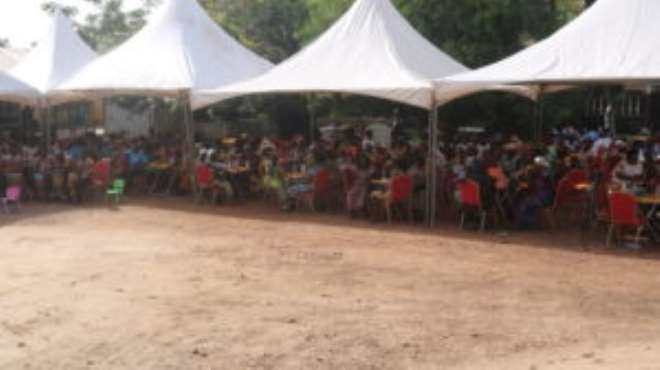 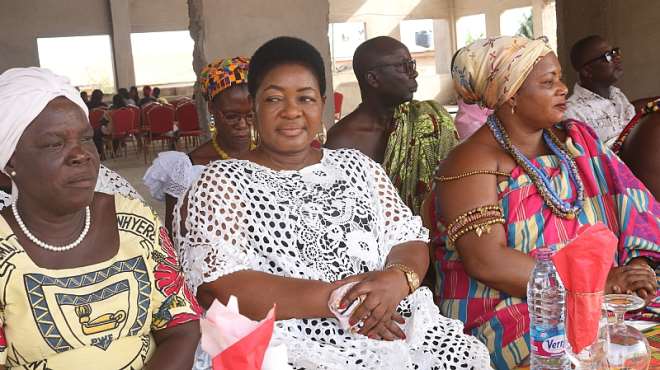 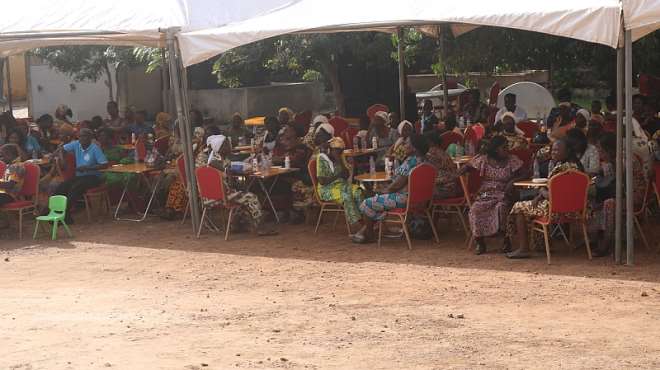 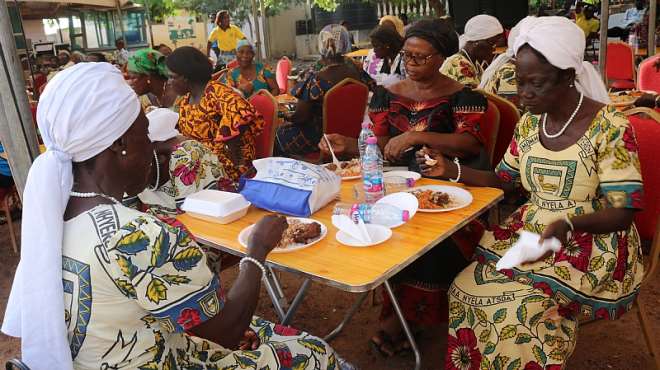