Nigeria: Who Hates The President? 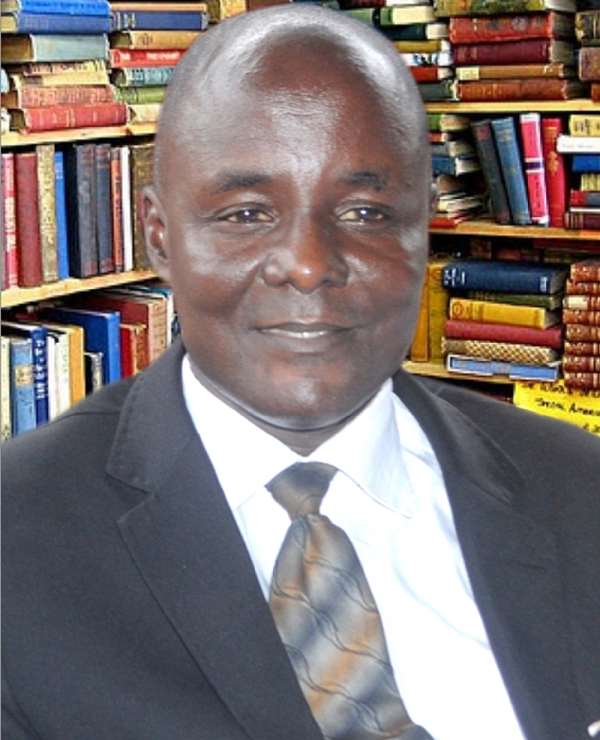 In the buildup to the 2015 elections, the wild, uproarious promotion of General Muhammadu Buhari, the presidential candidate of the All Progressives Congress (APC), as the man with the panacea for Nigeria’s myriad of problems wasted no time in saturating the air.

This was, however, sloppily packaged with a strange, aggressive refusal to give the slightest consideration for any voice of caution, any alternative opinion no matter how sound and redemptive. You either joined the rowdy herd or you are a “hater” of the “messiah.”

It was possible that, at the beginning, this undue, grotesque exaggeration of Buhari’s abilities may have rattled him, and he may have been bothered how he would be able to meet the very high expectations being raised on his behalf. But at some point, it appeared that he overcame his initial shock at the borrowed, ill-fitting garments he was being recklessly draped in, began to believe all the fiction and myth being concocted about him and even started adding his own bit to the whole absurd performance.

And soon, from his mouth tantalizing promises began to drop like overripe fruits on an exceptionally windy day. That was when he began to hear himself promising with amazing aplomb that if he won the election and became the president, he would fix the ailing economy within a very short period, end the Boko Haram terrorism within six months, create millions of jobs, boost electric power supply, bring down the price of petrol and make one Naira equal to one US dollar!

One of the most hideous sins you could commit in those days was to ask the Buhari promoters to get their candidate to try at least to throw some light on how he intended to achieve those wonderful things he was promising since he granted very few interviews and avoided debates like a plague. Indeed, his handlers had good reasons for often shielding him from vigorous interrogation because in one particular interview with Channels TV, for instance, Candidate Buhari was asked how he intended to revive the economy as swiftly as he was promising given the falling oil prices. His answer was a bomb: “We will stabilize oil prizes and be accountable”!

For me, at this stage, the farce was over. I doubt even whether OPEC could give that kind of undertaking. Obviously, the Channels TV interviewers must have been too dumbfounded to ask a follow-up question.

But despite the deluge of clearly unrealistic campaign promises, the Buharists were unyielding in their insistence that only hatred could stop somebody from buying into the Buhari hysteria. And so, once you tried to interrogate the campaign promises, point out the obvious hollowness of the countless pronouncements, or question his abilities to deliver on his promises, that could only mean one thing: you hate the man.

It was a weak stratagem but it helped to some extent to win quite a number of naïve supporters. But I never ceased to ask: Why were his promoters and supporters so obsessed with this unyielding belief that many people hated their candidate? Was there anything about him that automatically provoked hatred? Does hating him just come naturally to people?

Were there things he had said or done that readily undercut his appeal? When Olusegun Obasanjo and late Umar Musa Yar’Adua were either campaigning or in office, they were visited with very strong criticisms. Goodluck Jonathan was called all sorts of horrible names, especially, by Buhari’s party which was in the opposition at that time. Their outbursts were readily viewed as an essential part of democratic practice, whereby people’s right to freely express themselves was only being asserted. So, what is this fetish about Buhari that only hatred and not healthy disagreement can inspire disapproval of his policies and style of governance, even when they have produced woeful results, spreading suffering and pain among the populace?

After nearly four years of excruciating misrule, the Buharists are still flaunting with revolting obduracy the hate card in a weak attempt to intimidate people into withholding their dismay at the abysmal failure of a regime that promised so much but did very little or nothing.

Under Buhari, instead of the economy reviving, it went into crushing recession. Instead of the price of petrol coming down to N40 per litre as he promised, it went up to N145, driving the cost of goods and services far beyond the reach of many people. Electric power supply became worse, plunging the country into pitch darkness and pushing several outfits in the productive sector out of business. And millions of Nigerians were callously thrown back into the labour market. What about the exchange rate? Our poor Naira has never received such a ruthless battering from the dollar since it became Nigeria’s currency. The last time I checked, which was a few minutes ago, the exchange was N36o.99 to US$1!

By the way, is corruption not supposed to be the greatest selling point of this regime? The joke out there is that if the government raises corruption allegations against you, once you leave your party (especially, the PDP) and join the APC, all your sins would automatically be forgiven, as was even brazenly confirmed by the APC national chairman, Mr. Adams Oshiomhole, the other day. Cases of monumental corruption are being swept under because the people involved are those close to the president or members of his party, or both.

On security, at no time in our recent history have the lives of Nigerians become as valueless as it is today. Reports of killings and destructions are slapped on our faces everyday. With Boko Haram wreaking untold havoc in the north east, armed bandits and kidnappers terrorizing the people in the north west and causing many of them to relocate to Niger Republic for safety, and Fulani Herdsmen wasting lives and destroying farms and houses with utmost impunity and chilling rapidity in the south and middle belt, the Nigerian state appears to have been horribly reduced to a state of war. Does one need to “hate” the president before one can decry these clear evidences of failure of leadership which are severely hurting the citizenry daily?

Clearly, what is more important to Buhari and his misguided supporters today is just the second term in office which INEC announced recently that he has secured, so he can continue the cold supervision of the brutal degradation of Nigeria. But, with God in heaven, one day, all of these politicians and their revolting chicanery and the brutal deterioration of the country and her people which they are zealously prosecuting would come to pass. It has happened before.

To those Nigerians who, like me, sincerely care for the wellbeing of this country, I can only say: Let’s not give up hope. Although, Nigeria may be experiencing the cruelest battering and most outrageous violations being supervised by a gaggle of loquacious hypocrites and arrogant failures, one day, certainly, we will surely get it right and put the right people, genuine lovers of Nigeria, in place.

Then, gradually, we would start our country’s long, difficult journey out of the deep, dark hole that many years of wayward and prodigal leadership had dragged her into. It has happened in some other places before. It can and will surely happen here too.

*Ugochukwu Ejinkeonye, a Nigerian Writer and journalist, is the author of the book, NIGERIA: Why Looting May Not Stop ( [email protected] )