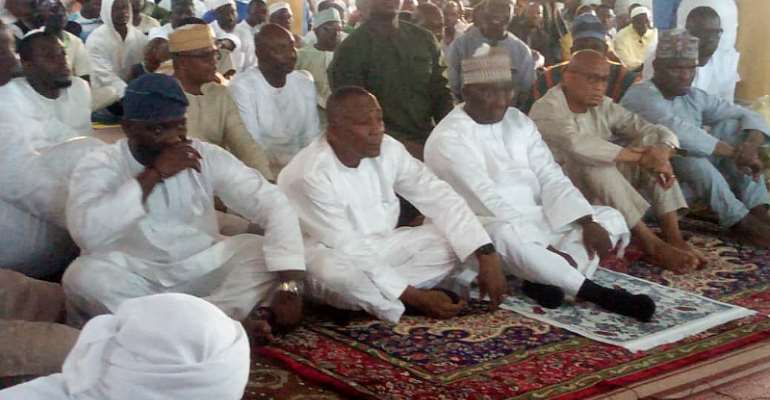 Vice-President Dr. Mahamudu Bawumia has said the Akufo-Addo’s government has Muslim Communities at the heart of his policies and urged them to collectively pray and rally behind the government to achieve its promises.

“President Akufo-Addo’s government is always keeping Muslim communities in mind”, Dr Bawumia said in an address when he joined his Muslim brothers and sisters to worship Allah and pray for the nation at Akyem Oda as part of his Ramadan Tour of the Eastern region.

Dr Bawumia was accompanied by the Eastern Regional Minister, Mr Eric Kwakye Darfour, the Minister for Inner-City and Zongo Development, Dr Mustapha Abdul-Hamid, the Minister of State at the Vice President’s Office, Alhaji Boniface Abubarkar Saddique and other government officials.

According to the Vice President, the Akufo-Addo administration would do all it could to uplift the living standard of Muslims in the country.

He made reference to the implementation of programmes as well as proposed policies that would see the transformation of Muslim communities in the country.

Among these programmes he said were the Zongo Development Fund and the teaching and examination of Arabic subject in Junior and Senior High Schools, as well as the creation of the Ministry of Inner-City and Zongo Development to attend to the developmental needs of Zongo communities.

On his Government’s commitment to education, the Vice-President urged his fellow Muslims to heed to the Words of the Prophet Mohammed, who said: “knowledge is the last property of a believer; let him or her find it wherever he or she will.” I believe Muslim should embrace this policy because it allows the fulfilment of prophetic admonishment.

“My government is committed to making education accessible to all, so that we can gain knowledge to develop our country. That is the main reason why the NPP government established the Free Senior High School educational policy for all Ghanaians and the first in the history of this country since independence,” he stressed.

The project he said would not only serve as a sporting arena for the youth but as a rallying point for all in the Zongo community and Oda as a whole.

He admonished claims that the initial design of the green park was an AstroTurf as propel by the youth and hinted that if that was what the community wants, his outfit would soon upgrade it to an AstroTurf to create a conducive environment for the training and development of sporting talent in the Zongo communities.

The Zong Chief of Oda, Alhaji Sulemana Adamu Mohammed expressed the Zongo communities’ appreciation to President Akufo-Addo and his government for the establishment of many policies and pledge their support for the government in the 2020 elections.

He further called for Allah’s protection for the Vice President and the entire government of the NPP and however appealed to them to speed up works on the ongoing elevation of the Oda town roads.

The Vice President yesterday ended the first phase of his nationwide Ramadan Tour after visiting a number of mosques in the Oti, Volta and Eastern Regions during which he joined his colleague Muslims in prayer.

Before worshipping at the Oda Central Mosque, the Vice President earlier worshipped and prayed with believers at the Nkawkaw and Ofoase Central Mosques all in the Eastern Region. 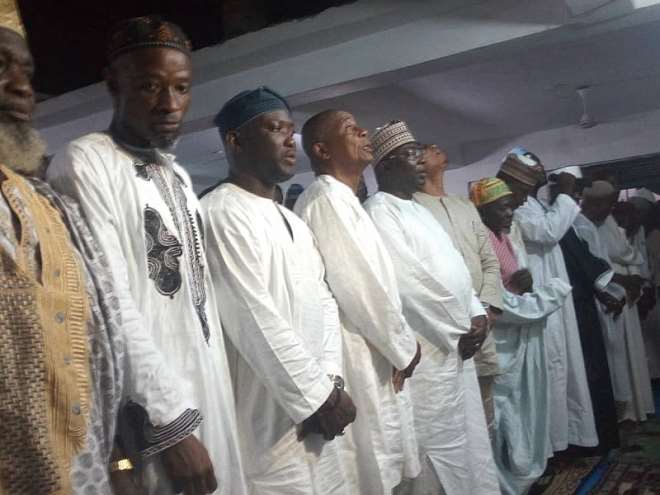 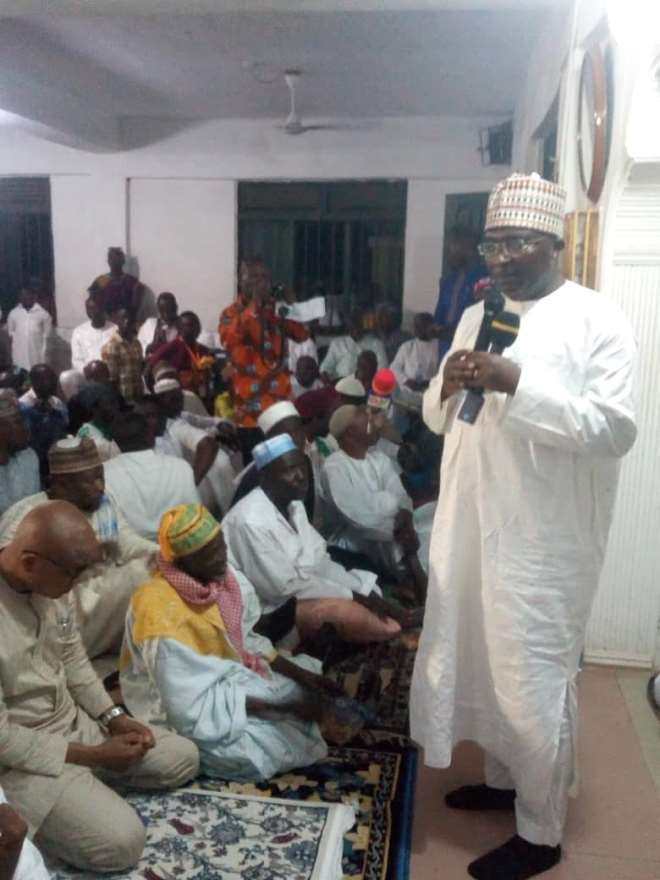