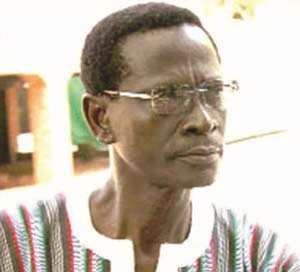 I met Kwabena Adjei as NDC national chairman first time whiles i was a polytechnic student in Cape Coast 2004-5-6. The NDC was in opposition. Some of us were willing and passionate to mobilize opposition forces on the students front.

We constantly invited the national executives every other semester to attend and speak at our organized student fora. We also organized and participated in the WAHALA movement.

Of all the national executives at the time, Kwabena Adjei was the man I admired the most, when he spoke. I admired him because he was full of fire 🔥 and he inspired me, personally. He always introduced his speeches with an ideological exposition of social democracy as meant by the NDC and those who’s idea the party borrowed.

He appeared, in my very good eyes, genuinely concerned about the poor people and their suffering from the consequences of poor political leadership and a greedy individualistic democratic and economic capitalism.

He was also a man of courage. He spoke his mind.
Whiles the NDC was in power between 2009-2016, I met Kwabena Adjei again. This time, I was involved with the campaign to choose national leaders.

I wrote copiously and rooted for Kwabena Adjei against Kofi Potorphy. Some of us knew the inspiration he carried with the position. Though Potorphy won that contest, he later failed woefully as national chairman (vindicating some of us) and exited ignominiously.

But during that process some of us closely listened to Kwabena Adjei speak both publicly and privately. The man was a great man. He had made history for Ghana. He had a lot to teach the youth. He had many things to say. He had so many ideas.

He had such a deep understanding of the nature of things in our body politic and statecraft etc. I became even more inspired by him. He started reading my articles, and one day he told me in his house in the presence of many people that he admired my writings and the courage with which I express myself. I Almost felt like his favorite student. 😆

But he was also saddened by happenings in the ‘new NDC’ and the degeneration of the social democratic culture within the party and its governing regime. He was utterly frustrated, unable to do anything about it in his isolated twilight.

I genuinely admired Dr. Kwabena Adjei for his intellectual prowess and I wish he’d written several books for the history to be preserved. But who knows? May be he did write, and we shall read and learn.