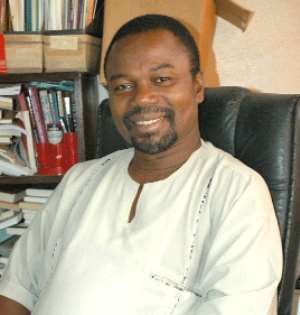 Political analyst Dr Vladimir Antwi Danso has denied being involved in the reported formation of a new political party.

Recent media reports have alluded to moves by known political activists to form a strong third party that can pitch its strength against the presently dominant NPP and NDC.

Dr. Antwi-Danso, also a member of the CPP, was mentioned in a list of people buying into the idea of forming the new party.

But he dismissed the idea when JOY News reached him for comment.

“I do not think the mere definition of Obed's integration in the NDC just merely shows that a new party is going to be formed. It can or it may not but I strongly suspect that Mike Eghan resigned not necessarily be wants to form a new political party. Because he has seen the wrath and the attitude of the current executives of the party which is a land mark and the best thing to do,” he said.

Although Dr. Antwi Danso insists he's loyal to the CPP, he accused the party's current leadership of ineptitude.

But he said a new group is emerging in the CPP, with plans of rejuvenating the party so it can woo more support.

“ We have formed a group and that is why people are speculating that we have formed a new party and I've denied it one million times, we are not forming a new political party.

What we are doing is that we are going to take back the CPP and move it forwards and so we are calling in all patriots of Ghana to join hands with us to make the CPP what it should be and that is what we are doing.

These are the practical steps we are taking. We are not hiding, we have come out boldly,” he said.